It's so neat and orderly! That was my first thought when, after finishing, I noticed that the shaded areas contained all the months in sequence. Kind of amazing, I thought, in a weekday puzzle. It is unfortunate that UPA sits at the very center of the grid, and there are a few oddities elsewhere, but really, the junk is limited.

The calendar is an interesting thing. My favorite effort at dividing the year into days and months is the early Roman calendar of ten months. It started with March and ended with December, so back then, the numeric prefixes for September, October, November, and December made sense. Before Julius Caesar (JULES to his friends) got his hands on it, his month was called "Quintilis." Also at that time, "Sextilis" only had thirty days, but Quintilis became July, and then when Augustus came to power, he wanted a month too, and his couldn't be any shorter than Caesar's, obviously, so Sextilis became August, and it got 31 days too.

But anyway, my favorite thing about the early ten-month calendar was that after December, "winter" was just a long, uncounted string of bleakness. Imagine if January and February were just all one big blur of dark and cold that lasted until the vernal equinox. No wait, that's how it still is! :(

What's that? I'm supposed to be talking about a crossword puzzle? Have you not GLORIED in this NOVEL approach? ...

I liked NEIGHBORS (Fencing partners?), STOOLIE (Informal informant), and NOMADIC (Like a wanderer). The nautical duo of SAILFISH and MARIANAS Trench is nice, and it seemed like I hit a J everywhere I looked. I count only three, but I guess anything more than one (or maybe none) seems like something.

With so much theme to fit into a rigid pattern it almost seems like a stunt puzzle, and thanks to Bruce Haight, I'm perfectly fine with that. :)

Fun theme! A CLIMBINGGYM, a COATCLOSET, an ARTGALLERY, and a MANCAVE - four places where hanging occurs. I admit, the MANCAVE made me guffaw, and what more can you ask for on a Monday? 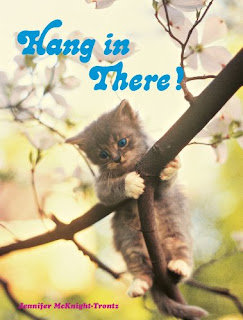 The solve was further heightened today by some non-Mondayish answers like RAGLAN (Kind of sleeve that extends to the collar), BOLSTER (Give support to), GARNER (Gather, as support), and IDYLL (Pastoral poem), but it still had Monday smoothness. And the cluing showed spunk too, with "Like pizzas and piazzas" (ITALIAN), "A big one might be standing in a concert hall" (OVATION), "Too bad, so sad!" (ALAS), and "Claims rated 'four Pinocchios,' say" (LIES). I had never heard of a "Pinocchio rating" before, but I chuckled at it.

Slight duplications with BURRO and ASS, and MANCAVE and LAIR :) but overall, a lovely way to start the week.

Greetings! It's Horace here again, after two fabulous weeks of reviews from Frannie and Colum. Thanks, you two! :) 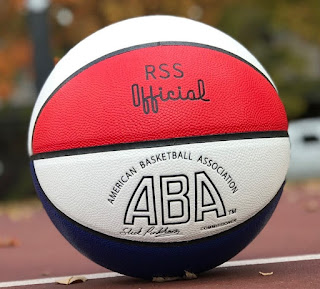 Today's revealer is WORKSWITHOUTANET, and when parsed differently, as the clue asks us to do, it becomes "works without an 'et.'" Now, believe it or not, I figured out that the "Take Two" title meant that two letters had to be taken from each clue for it to make sense, but I didn't realize that the two letters that had to be taken from each clue were always E and T together. But that's exactly what needs to be done.

It's a fun trick, and I don't know if it was that, or if I'm just a PEABRAIN, but clues like "Stands" (STOMACHS), "Draws" (ALLURES), and "What the Beatles never did" (REUNITE) took me far too long. And I thought "Lines on which music is written" was almost too obvious, but no, they wanted STAVE instead of the more common "staff." And then there were clues like "Rapper with the 2011 hit album 'Ambition'" (WALE) (is that like the movie - Wal-E?) and "One of South Africa's official languages" (TSWANA) that needed every cross.

On the other hand, we just saw TOSCA at the Met in January, so that was a nice gimme, and the amusing "Do some backup dancing?" (TWERK) didn't fool me for a second.

I like the three little three-word answers YESICAN, ASIAM, and IAMSO.

As if I could see the future! Yesterday's review was prescient, because Friday was certainly harder than Saturday this week. Looking back on the two grids, I think at least part of it is that elusive quality, flow. Yesterday's grid does not lend itself to cascading answers falling into place as you solve. While today's has the NW and the SE pretty isolated, the swath from NE to SW starts to fall like dominos as you get certain entries in place.

Also, I didn't have missteps or errors along the way. That helps.

Of course, getting 1A: Unwanted items (CASTOFFS) immediately starts you off on the right foot. I confirmed with OPI and FENS before entering, but then the NW corner went pretty quickly. Nice acknowledgement of the early 1970s Oakland Athletics, with World Series wins in 1972-1974 for the THREEPEAT, a term apparently invented and trademarked by the coach of the 1989 Los Angeles Lakers, Pat Riley. The Lakers did not succeed in that goal.

13D: You'd prefer to have service in it (TENNIS) is some fun misdirection. No wi-fi or roaming issues here.

Even though I couldn't get any exit from that corner, 27A: String game (CATSCRADLE) started me off in the middle. I worked up into the NE corner, where Shakespeare's "What's" INA / NAME helped out a bunch. 12D: Final participant (TESTEE) was not what I expected, maybe swayed by the earlier sports clue.

Funnily enough, although I had ____ERAID, I couldn't finish that clue for a while, due to misparsing it as ___er aid. SEROTONIN was a gimme for this doctor, but I had to resort to the SE corner to help me out.

I love the clue for ARSENIC. Dark humor! 56A: Caves (SPELUNKS) is a great clue also. 54A: Thy're sen n ths cle (DELETIONS) wins the award for most peculiar clue this year.

Finally, with SCOREBOARDS, I broke the rest of the middle. The clue for STATEMOTTO is fascinating. For the record, the French one is from Minnesota, Spanish is Montana, Italian is Maryland, the Greek one is California ("Eureka!"), the Chinook is in Washington, and I couldn't figure out which one was in Hawaiian.

Just kidding! Turning over the reins to Horace for tomorrow.

I love it when a Friday is harder than a typical Saturday, and that happened to me today. Your mileage may vary, of course, but sometimes you're just not on the same wavelength as a constructor, or the way the clues are written seem to skip out of your grasp.

For example, I needed just about every single cross to finally get 5D: Not in bounds? (ONESTEPATATIME). Wow! That's a tough one, but makes perfect sense once you've gotten it. The last crossing I had was 31A: Something not to look after? (LEAP) - referencing "look before you leap." Goodness. Tough clues!

40A: It's often drawn with three ellipses (ATOM) was actually pretty straightforward, but I could not see it. It hurt that I had WEWiN instead of WEWON. Also, making that area much more challenging was my choice to put in tonNE instead of STONE, a perfectly acceptable answer, just not the right one.

Some awesome entries in this grid. GENDEREUPHORIA is beautifully clued - "being aligned in one's body" referencing gender identity, not musculoskeletal concerns! GATECRASH, MESSAGERECEIVED, SISTERACT, all excellent.

HOTEL eluded me for a long time. And how many of those stupid little bottles have I collected over the years from business trips?

A very smooth Friday. The only negative comment I have is for the use of the answer ICARE. I don't believe it's offered as a reassuring statement of sympathy in real life. But maybe that's just me. SPAREME.

Posted by Colum Amory at 3:51 PM No comments:

Is it just me, or does this grid tell a sad tale of a day at the casino? First the gambler PLACESABET. She checks the AMOUNTWON so far, and shakes her head in despair. She has no FACECARDS in her BLACKJACK game, and even when she hits 21, she only BREAKSEVEN.

There are a couple of bonus theme answers at 1A (TOP) and 19A: It goes in the middle of the table (ANTE) - nice clue!

It's a fun theme, with the cards hidden nicely in their respective phrases, all of which are gambling-related. It was a little straightforward for a Thursday, as I could tell what was going on even before I entered the second theme answer, and the clues give away what should be in each shaded area. All of which added up to a quick solve.

27D: It whistles in the kitchen (TEAKETTLE)

And a tough all consonant answer in CTRLP. Fortunately for me, I had all of the crosses on that one!

You have to appreciate the four corners of triple 7-letter down stacks. They are VELVETY smooth!

A rare grid with vertical symmetry, which makes sense when your theme answers are 13, 9, 11, and 7 letters long. You'll never get those into standard symmetry!

The revealer comes at 60A: Accept defeat, informally ... or what the last words of 19-, 24- and 49-Across do vis-à-vis the first (TAKEANL). Each of the other answers are standard phrases which rhyme, all due to the addition of an L as the second letter of the last word. Thus, FIGHTORFLIGHT, PAYTOPLAY, and BACKINBLACK. It's a tight-knit group, for sure, and I like that each of them uses a different connector word. Can anyone come up with other examples? "Fame or flame:" your options on auditioning for a big role?

A fun feature of this kind of construction is the freedom offered in the edges, where the theme answers don't force letters into place. See the four Xs in the SW, SE, and middle E segments. But Mr. Stock does very well with those places where two theme answers are close to each other. Putting SPUTNIK under the revealer is impressive: yes, there needs to be two foreign words and a governmental abbreviation to make it work, but they're all gettable.

PARAKEETS, BOOMBOXES, and YOUGUYS are all great answers. I enjoyed the two different kinds of races, HEATS and SPRINTS.

Posted by Colum Amory at 8:31 AM No comments: