Well, I couldn't identify a theme today beyond the pictorial aspect of the grid. I see a kind of smiley face, maybe of a bear? Or perhaps it is some other kind of CHARACTERSKETCH? :) It's cute on its own, and it makes possible another fun feature of the puzzle four grid-spanning answers, two across and two down. I thought the clue for the southernmost across was the best tanks to its ambiguity: "Slips, e.g." (INTIMATEAPPAREL). I should perhaps be more impressed with "Hose and belt sellers" which stumped me for longer, but I wasn't quite as entertained by the answer (AUTOPARTSSTORE) when I figured it out.

Besides getting tangled up in the belts and hoses, the only place things got a little screwy was at "'Nuts!'" (45D) where I changed my answer from Drat, to DArN, to DAMN as I figured out the acrosses. I thought it was funny that there were so many possible options.

There was entertainment elsewhere with misdirection aplenty. Here are some of my favorites:
"It forms at the mouth" (DELTA)
"Majors in acting" (LEE) - nice hidden capital.
"One who might grade on the curve?" (ARTTEACHER)
"Rows" (SCRAPS)
"Strain" (TAX)

I thought "Nails for kites" was a good effort at misdirection (TALONS), but I couldn't think how nails would work for the non-bird kind of kite, so I wasn't misled. For once, I was helped rather than harmed by my ignorance!

I was amused to see GERITOL in the puzzle. I haven't thought of that brand in years. As I remember, it was advertised for the senior set. When I was a kid, my sisters and I used to get for my Dad as a joke gift every once in a while. I'm sure he found it hilarious. 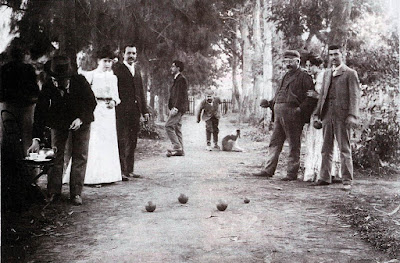 Nothing approaching a NEARDISASTERS here, but I did thing both "Western New York natives" (ERIES) and "Faint prints, in detective work" (LATENTS) were forced plurals. I didn't really like ENSURES for "Sews up," either. My least favorite - on two levels - was GAROTTE for "Choke." It's an awful idea in and of itself, but I thought the clue was less than apt. Be that as it may, I guess I'll just have to grin and bear it. :)