Here it is, July already. Half a year gone. Let's not review it. Let's just move on. 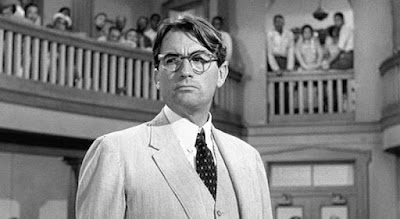 After two weeks of excellent reviews by my esteemed co-bloggers, it's my turn to take you through from Sunday to The Turn, and we start off with a good one - a rare Sunday rebus puzzle!

Solving online, I saw five gray boxes in the grid, and even with that signal that something was up, it still took me a while to figure out exactly what I was supposed to enter into them. The box at 56-Down, for example, was particularly confusing to me. [TICK]LETHEIVORIES (Play piano, informally) seemed pretty obvious, but I really wanted TOOLkit for 55-Across, "Set of skills, metaphorically," and so I was thinking of an elaborate system where you'd spell out "tick" for the Downs, but use it the way it sounded in reverse for the Acrosses. That, of course, was far too convoluted.

What really needs to happen is that you have to start with it as a "box" as you read the Across clues (which come first in the clue list), then when you've done that, you "tick" the box as you use it in the Downs. It's not a "TOOL kit," I wanted, but a TOOL[BOX]. Me, I ended up putting the rebus word "TICK" in every box, but I wonder if "BOX" would also be accepted. Probably not, given the revealer, TICKALLTHEBOXES.

So we've got a fun theme. We've also got some fun clues. Take "Elizabeth Warren vis-à-vis former chief justice Earl Warren, e.g." for NORELATION. That made me chuckle. Also "Small suit" (SPEEDO), "Stocking stuffer" (SANTA), "Donkey Kong, e.g." (APE, not APp), and "They're worn on heads with tails" (TOPHATS) - all good Non-QMCs. And for QMCs we've got "About which you might always say "Bee prepared"? (HONEY) (mmmm....), "Note-taking spot? (ATM), and "Last dance?" (SENIORPROM).

Overall, I really enjoyed the spirit of this one. Hope you did too.