An interesting theme today, because there's not really a trick to it, it just is. It's a perfectly symmetrical web of nine intersecting FICTIONs, each clued in a normal way. Well ... with the possible exception of INVENTION (Bubble gum in 1906, e.g.) - that's a bit of an odd way of getting at that answer. What's more, my quick research into the invention of bubble gum does not really confirm the date given in the clue. Most of what I see says bubble gum was invented in 1928. There's a story of Frank Fleer trying to make bubble gum in 1906, but his formula proved too sticky. Was that enough? Did H. G. Wells invent time travel in 1895 by thinking it up? Or would he have had to try to make one, and then even if it didn't work, he'd still get the credit. 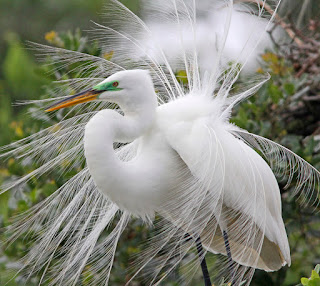 Speaking of gum, one of my favorites (aside from Bazooka and Adams Sour Gum, of course), was the Spruce Gum sold by L. L. Bean in the 1970s. It was little blobs of sap from a spruce tree, coated with cornstarch. Each blob was hard as rock at first, but once you shattered it and then chewed it back into a coherent mass, it kept its flavor pretty much forever. Ahh... good times.

So anyway, I liked all the lie-words, and WHOPPER is fun to have running right down the middle.

With all this theme, you'd expect to find a CARLOT of odd fill, yet while there is a bit of GARS, IBARS, and OMS-KAT-INS, there's still a lot of enjoyable longer fill. DIMESTORE (Woolworth's, once) and CYBERFRIEND (Chat room pal) are nicely contrasted in time, TRELLIS (Framework for vines) and SEACOASTS (Shorelines) evoke lovely imagery, and even ENCINOMAN got a chuckle. And in the shorter stuff, I chuckled at PFFT ([Fizzle]) and DMV (Org. staffed by sloths in "Zootopia," and everybody enjoys RYES.

In the end, it struck me as something new. I don't know how they keep coming up with these things, but as long as they do, I'll keep trying to solve them. Thanks!