It's another debut puzzle today, so congratulations, Mr. Dittrich!

STRESSEATING - Having a meal!
SPACECADETS - M i l i t a r y t r a i n e e s
STRIKEAPOSE - Downward dog
BOLDPROPOSAL - "Will you marry me?"

We enjoy this type of word/text play. It reminds us of good ol' Games magazine. And I thought finding four common phrases that could each be reinterpreted as "verb a thing" and then clued appropriately with text tricks was pretty clever. It's too bad CASTDOUBT couldn't have been clued with a little fishing rod, somehow, and DRYGOODS with a clothesline. ... hmm, maybe there's another theme in there somewhere, but then I'd have to figure out a way to get pictures into the clues... 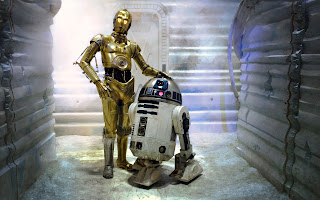 When I hit the first theme answer, I thought it might be a quarantine-based theme. This was reinforced by the clues "Piece of cake!" and "Have a taste!" I don't know about you, but I've put on a few pounds since March. It's not so much stress-eating, though, as it is just spending pretty much all of my time at home, where the food is.

I liked "Bombards" for PELTS, and I like any clue that helps me with world geography - "Land between the Caspian Sea and the Persian Gulf" (IRAN). I also learned two new names in OPAL Tometi and Mario Vargas LLOSA.

I appreciate the audacity of putting in AEIOU (Language quintet) as an answer, but I didn't love NOLE (Florida State athlete, for short) so much. And Frannie and I were just joking that after an ESTAB you might need to send out an ESOS! Heh.

For me, the fun theme carries the day. See you again tomorrow for the start of The Turn!