There's a lot to like in this second puzzle of the new year. I enjoyed the many entertainingly tricky C/APs throughout the grid. Mr. Deeney kicks things off at 2A with "Band for an awards ceremony" which turned out to be SASH rather than say, Styx or Toto :). Directly on its heels, the surprisingly (in retrospect) trixy ROLLERBAG ("It has wheels and flies"). I actually had ROLLERBA_, but couldn't figure out what would fit in that last small space. I had to run the alphabet to determine the final letter as the Down in this case "'Family Feud' airer" (GSN) was no help to this solver.

Elsewhere in the grid I enjoyed "Aren't wrong?" (AINT) - ha! I was amused by "Become incapable of parting?" (GOBALD), and I thought TRUEST for "Level best?" and PAT for "Back stroke?" were also very nice.

In the non-QMC category, we have "Promising area" (ALTAR) and the excellent "Shade from the sun" (TAN). One of my favorites may seem rather mundane, but that's partly why I like it so much: "The lion's share" (MOSTOFIT) - apt! 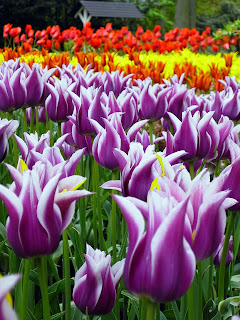 I had the most difficulty with, and in fact ended my solve in the south east corner. If it hadn't been for a chance encounter with the "2020 Christopher Nolan sci-fi thriller" TENET on an end-of-the-year British comedy panel show Horace and I watched on New Year's Eve, I might be stuck there yet.

For some reason, the pattern of the grid seemed a bit unusual to me, but you'll have to wait until tomorrow for knowledgeable commentary on that and similarly relevant aspects of puzzle construction, when my esteemed co-blogger Colum Amory takes over the reviews. Until next time, fare well dear readers.