Would you just look at all that CAKE! So much they had to add an extra column to the puzzle! Lemon cake, yellow, white, and coconut cake, fruitcake, a cupcake, coffee cake, rice cake, hotcake (normally this is seen in the plural, but with all that other cake to eat, I'll give it a pass), and even a crabcake! That's a dense theme, and Ms. Framke still managed to squeeze in a revealer! Nice. 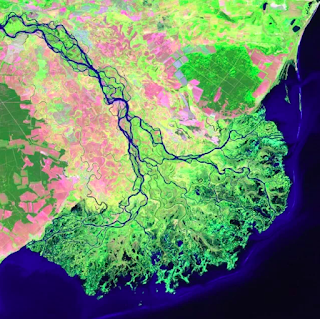 With all that, you might not expect to see much in the way of lengthy non-theme material, but you'd be wrong! GLOWSTICK, GUESTROOM, ACROBATIC, and IGUANODON are all 10¢ entries. You might even go so far as to call it icing on the cake. Maybe put on by an ICER! Is that bonus material? And was someone also thinking of the much popularized but not really accurate idea that Kennedy, with "ICH bin ein Berliner" accidentally called himself a jelly doughnut? I suppose the very urban legend is enough to turn it into a sort of bonus.

ASFOR compromises, there are definitely a few. POGS (Collectible caps of the 1990s) live on mostly just to be used in crossword puzzles, and to find them above ETUI (Case for small toiletries), well, that's some hardcore crosswordese. Farther down the grid on the East side we find MAI (Month après avril) crossing WIDECUT (Like some roomy jeans), which crosses EEOC. I've never heard of WIDECUT jeans, and EEOC was just a guess. I've seen EEO and EOE, but never EEOC.

Still, I don't want to make this into a RANT, because overall I thought this was a good puzzle.

Frannie's back tomorrow, so you won't be BEREFT for much longer.

Posted by Horace Fawley at 5:31 PM