Greetings, Dear Reader. Horace here, taking the baton from Colum after two weeks of lovely reviews from him and Frannie.

As for me, well, I've been better. 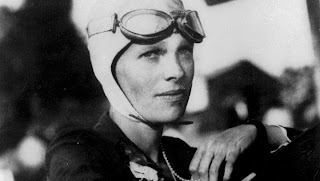 Let's start with some things I liked about this puzzle. The clue "Makes Don nod?" (REVERSES) was interesting, because it was an example of the rare "false capital." There's no real reason to make "don" into a name, except to trick us.

I enjoyed the trivia in "It's been performed more than 1,000 times at the Met" (AIDA), and in another music-related answer, SANPEDRO (Los Angeles port district) made me smile as it reminded me of the song "Hot Rod Lincoln."

Now let's get to things I didn't like. RIOT and ARMEDGUARD, BADOMEN, ALARMS, RELOAD, RETRIBUTION. These things EVOKE HARD to swallow recent events. Not the constructor's fault, I know.

And I'm sure it's just my mood making me overly critical, but "Least spicy" doesn't necessarily mean BLANDEST. There are lots of flavors and sensations that are far from bland and far from spicy at the same time. But I know, I know, if it can work, it's fair game...

As for the theme - blocks of four letters that repeat in such common expressions as ALUMINUMINGOT and BAHAMAMAMAMIX, well ... my jaw won't be THUDDING onto the table over that one.

Add to my foul mood a fistful of NEB, OREG, ARI, SSR, ALGA, LINEA, AERI, RUR, and the seemingly arbitrary AMONRA (didn't we just have "Amen Ra" a few days ago?), and I'm sorry to say, I didn't think it was TERRIF.

Here's hoping you enjoyed it more than I did, and that I snap out of this funk by tomorrow.

Posted by Horace Fawley at 7:52 AM