Today's revealer, TURNSIGNAL, applies at each of four circle squares, which indicate an intersection of sorts. At each circle square, the Across and Down answers take a right or left - as seen from its starting direction. Two of the theme answers take right turns and two take left turns. It's nicely done that the "unturned" fill still forms valid words or phrases, although they aren't necessarily related words or phrases. I did find it a little odd that there wasn't one, or one more circle square in the southeast corner for additional symmetry, but maybe four theme answer sets are inherently more symmetrical than five, even if each isn't exactly located in its own quadrant.

The "straight" answers, in this case, could possibly be construed as related, but I felt that was less the case with the others: 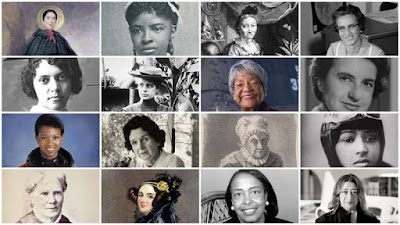 Elsewhere in the grid, I thought AMOEBOID was a fun one. PURECHANCE is a nice long answer. I can't say ICEE a beautiful parallelism or aptness between the clue "Ill-advised opinions" and its answer, BADTAKES. And the C/AP "'That's true about me, right?'" ARENTI just isn't my SEEN. On the other hand, I was very happy to see a 'real' French possessive SES for once instead of the usual 'atoi.' My favorite clue today was "Like taxis and Julius Caesar, once" (HAILED) - ha!

I was surprised, dear readers, to see in the clue at 29D: "Long fur scarfs" (STOL[ES]).: I thought the plural of scarf was scarves. Have I missed something?

And speaking of missing something, I had no idea MRPEANUT had been killed off. I hope the police are at least pecan into it. Was it some crazy nutter? Whoever did it will do well to confess and get it off their chest. I'm sure there are many who pine for the late top-hatted legume.