Is it a movie theme or a basketball theme? I don't know, but for me, the basketball references made it harder! For one thing, who knew New Orleans had a basketball team? I stopped watching basketball in the early 1980s. 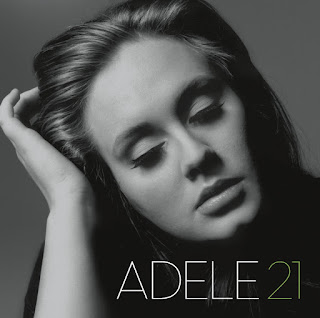 Still, thanks to the forgiving nature of crossword puzzles, I was able to eventually see that THEPELICANBRIEF fit the bill, as it were, for "Game notes for a New Orleans N.B.A. player?" in more ways than one. I think the Kings (THEKINGSSPEECH (Address by a Sacramento N.B.A. player?)) were around back when I was watching, but no one in Boston cared about them. All Boston fans were concerned with were the Lakers and the Sixers.

The last theme answer, THEGREENHORNET (Charlotte N.B.A. player in charge of recycling?) pleases me both for the recycling reference and for memories of Bruce Lee. Did you know that there was once a Batman/Green Hornet crossover show? Well, there was, and on it, there was a fight scene between Kato and Robin. The script had Kato losing, but Lee refused to film it, arguing (rightly) that there was no way anyone would believe that Robin could beat Kato in a fight. He even pranked a frightened Burt Ward by threatening to fight him for real if they were forced to film it. Hah! In the end, he had to settle for a tie.

In featured "non-theme" answers, I enjoyed CUTEASABUTTON (Totally adorable) and SAYCHEESE ("Smile!"). As for the symmetrical partners of those two, I prefer the term "downspout" to DRAINPIPE (Gutter attachment) (I also prefer "eavestrough" to gutter), and HITTHEWEIGHTS (Make an effort to get swole) just sounds a little off to me. Not as off as the word "swole," but I'm not going to make a big deal of either.

SCHIST (Coarse-grained rock that splits easily) got a somewhat strained clue, but I like any geologic entries. LIGER always seems cheap to me. At first I thought it was just something that Napoleon Dynamite made up, but I understand it's a real thing, so I guess I shouldn't DISS it. When will we see "tigon" in a grid?

On the whole I liked this one. ERBE (Flavorers in Italian cookery) was a bit outré, even for this language-lover, but it was not something I remember ever seeing before in a puzzle. In fact, this one had an overall "different" feel for me - refreshing and slightly more challenging. Both good. I suppose that's to be expected, since we've only seen Mr. Stock once before this. Hopefully, we'll see more of him in the future.