This week has seemed a degree easier than usual, it seems to me. Horace noted yesterday how Thursday's puzzle solved more quickly than typical. Today's followed suit. In fact, I had the entire puzzle except the NW finished in under 6 minutes, and spent the remaining time staring at that corner.

In fact, let's start with where I finished. At 1A: Subcompact (MINICAR). Huh? Has anybody ever called a small car that? I tried tinyCAR first, because even that silliness made more sense. I give this a D, which is a real shame. There was much I liked about this puzzle, but every once in a while, a peculiar answer made me shrug in annoyance.

The marquee answers are all strong. PENCILPUSHERS is undermined somewhat by its appearance not so long ago. Let's see, when was that? Ah, yes, last Saturday. I have never watched anything on TRAVELCHANNEL, which delightfully, does not have "the" in the title. "Hotel Impossible" is essentially the hotel version of Gordon Ramsay's "Kitchen Nightmares".

Any person who has won the Nobel Peace Prize is fair game. I've never come across LESTERPEARSON before, but according to Wikipedia, he organized the UN response to the Suez Canal crisis from his position as prime minister, not of the United Kingdom, but of Canada! SILVERBULLETS is fine, especially when clued as "Miraculous solutions". I thought of "Deus ex machina", only that's not pluralized, and plus also, it didn't fit. Well... actually, in the singular form it fits perfectly, but you know what I mean. 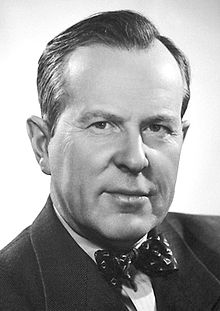 I actually broke into the grid with STRAFE at 8A, and then figured out the slightly hidden capital in 11D: Kings' supporters (ANGELENOS). The rest of the corner went fast, including the oddly named IBANEZ guitars (odd because they're a Japanese company) and the annoying ELOI / ERNST crossing. With all the ends of the long answers, it didn't take long to fill them in, which gave the long down as well.

My favorite answer in the puzzle comes at 52A: Decision debated for decades (ROEVWADE). That is awesome. It's the third time that answer has appeared in the NYT crossword, and not since 2011, which explains why it's so fresh.

Things I didn't like: CARERS - ugh, and pluralized. NTEST, never a favorite. NOTA and ITE. I did like the guitar wood duo to go with the name of the guitar company. And VERBOSE, which reminded me of the clue for "terse" not so long ago.