Okay, I had no idea what was coming. I could not get a sense of the theme as I was solving. I saw there was a 15-letter answer across the bottom, which I assumed would make things clear, but it wasn't until I finished the whole grid and looked back at the clue did it become clear.

And let me say for the record, it's kind of cool. All of the consonants in the English alphabet are represented, in order, from left to right in rows 3, 6, and 9. Thus, ordered by ALPHABETIZATION. Although I didn't understand the theme entirely, as I entered PIQUE and QUAY, I thought: "Boy, it really looks like they're gunning hard for the pangram." In fact, they've done it one better: they achieved a pangram in just three rows. That's 26 letters out of 45 available (actually 38 white squares).

Well, guess what. In order to do that, you get a puzzle that's chopped up, with little flow, and a ton of 3-letter answers. The fact that it's as smooth as it is is impressive. ELIZ? ETO... ODON, IDS and partial ITA. The rest I can deal with. Although, what's with cluing BEN with an obscure 1972 horror movie? You have Artoo DETOO just above. Why not ___ Kenobi? 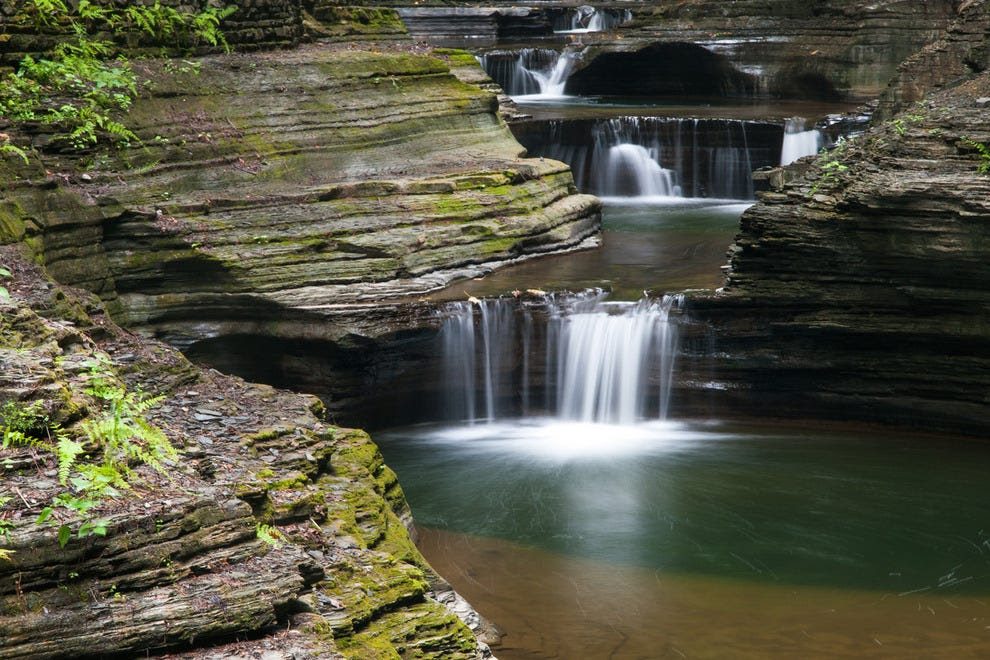 Things open up in the bottom third of the puzzle, and that section was much more enjoyable. I have a longtime desire to visit WATKINS Glen State Park. It looks gorgeous. VESPERS is a lovely word. It's unfortunate having HARDEES and PIK (along with SKOR, TARGET, and DASANI) shilling for their respective corporate products.

1A: Fail big-time (BOMB) is a boring if fine entry, made less appetizing by the ongoing atrocities committed by the self-titled Islamic State. I give it a B-.