There were some very good parts to this puzzle, and some other parts I was not fond of. I'll start with the construction of the grid. Both the NW and SE corners are as isolated as you can get in a standard crossword, with only one square connecting them to the middle diagonal swath. I understand how that was necessary, but I like more flow.

That being said, the middle section is pretty impressive. I don't like RATINE, and DOTERS feels iffy. I just now realized for the first time ever that LAMESA is actually "La Mesa", not "Lamesa". That's so much more preferable. I have enjoyed visiting San Diego, but I don't know that I've ever been to that particular section.

I was actually able to get into the grid in the NW, which is unusual for me on a late weekday. 1D: Sight after a blizzard (DRIFT) seemed much too straightforward, but it was correct. ROSIN and IDYLL confirmed it. I couldn't get out of the corner though, because 1A: Produced heat? (DRAWS) was too oblique for me to understand. I give it a C-.

Anyway, I tried leEchES at 12D: Frightful little suckers (TSETSES), but realized my mistake immediately when I knew that the "hours" clue at 19A had to end in T. I also had difficulty when I put "gorgon" in at 16D: Petrifying figure (MEDUSA), and then compounded my mistake by entering "greatdane" for MARMADUKE. Figuring out that error finally opened things up. 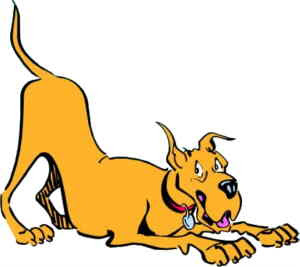 I love 14A: What some women are waist-high in (MOMJEANS). 6D: Many a West Jordan resident (MORMON) was very misleading. I worked my way SW and then around the bottom. It took many crosses to get FERRARIS. INCAHOOTS is excellent.

The SE corner is fine except for ATILT. I wish we could get rid of these words that are not really words. Awhirl. Et CETERA.

My mistake came at SAUCEPANS crossing CST. I had a T there. I will defend it, even though there is no Texan Standard Time, or whatever. Fine.