What a strong themeless this is! And tough, too. I had to work hard in multiple places to get through. I don't think Mr. Chen missed on a single long answer, although a couple aren't quite as sparkly as the rest. Even so, excellent work here.

I broke in partially correctly with the cross-referenced 7D and 22A. I correctly put POI in, but had okRa for TARO. But the first was enough to get ZZTOP, which I'd thought might be correct but hadn't entered until I get the P. Even then, I had to work my way back into the NW by figuring out the NE.

I put Spool in at 9A: A thread winds around it (SCREW), which was clearly the misdirection intended, but again it was enough to get SWAMP. I actually took "spool" out almost immediately because RITE was so clearly correct. Then the rest of the corner filled in. CANDYCANE is a pleasant long answer, and I love the reference to Oscar Wilde with OPIUMDENS. Other fictional characters who have visited opium dens include Tintin, Sherlock Holmes, and John Jasper from Charles Dickens' The Mystery of Edwin Drood.

Now I was able to complete the NW. I love the trio of answers here. 1A: Tiny cheese sandwiches, of a sort (RITZBITS) gets a B+ (points off for brand name). PICTOGRAM over NOOB gives a nice image of sorts: the computer wins by cowing the poor innocent. Cross those with the oddity of BOOBOISIE, and that's a winner in my book. 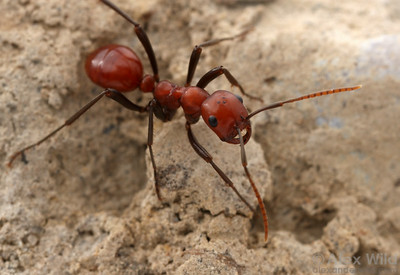 I had entries into the triple 15-stack in the middle but no purchase for a while. The gimme at 25A: Ironman race, briefly (TRI) helped - I just raced my first tri of the season last weekend, TRICK KNEE and all. But I undid some of that help by inexplicably putting in RABat, the city, in for RABIN, the person.

Eventually, I had enough crosses from EAVES, SPILE, SELMA, and TRYST that the long answers came into view. I'm surprised it took so long to recognize IBELIEVEICANFLY - great answer, with a hugely popular song, complete title. It is a little old at this point, mid-1990s and all.

40A: They're often upsetting (CINDERELLATEAMS) is very well clued. The plural is a bit of a drawback, but still a good answer. 36A: One likely to have a large collection of albums (RARESTAMPDEALER) is a somewhat ad hoc phrase, but I very much like this triple stack overall.

EATSRIGHT is a neutral sort of answer, but ELDERWAND is evocative.

Thumbs up from me.