Wednesday's tour de force and now this! A puzzle PACT with spectacular next-level cluing. Horace and I agree that 8D. Candy ass? (PINATA) is a strong contender for clue of the year. It's really top drawer. And it's not alone. Other fabulous clues include:
24A. Unslurred speech? PCLANGUAGE
3D. Fabulous speaker LIAR
9D. Green field? ECOLOGY
25D. They go to all the best spots CLIOAWARDS
29D. Dish transmitters GOSSIPS - the O was my last square and it cost me at least five minutes of time. I had G_SSIPS but my brain insisted on parsing the answer as two words, with the second word being SIPS. No good. Obviously, I also didn't know the song on the soundtracks of "Lilo & Stitch" and "Surf's Up". Derp.

In addition to the nonpareils mentioned above, there are great clues that might otherwise take top billing, but in this level of puzzle they become runners up:
16A. Give takes OPINE
35A. Line of clothing INSEAM
46D. Stock holders PENS

There's also straight up fabulous fill like SMUG, GELID, GOBS, and LONGWINDED (or what this review is becoming).

I am giving 1A. an A because who doesn't love a HELLSCAPE? 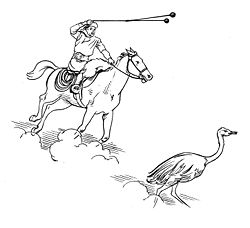 The excellence of the puzzle makes it seem ungenerous to mention the modicum of PAP that is present, but it is my understanding that reviews should include the bad, or in this case, the not-so-great, with the good. In this category, we have EXDA (2A. Rudy Guliani or Chris Christie), AHORSE (27D. Mounted), and EPEEIST (20D. One who tries to avoid being touched) although, in this case, it's a good clue for a not-so-great answer.

That's two for the books in one week. Thank you NYT crossword puzzle constructors. :)