15:31ish
(I accidentally left the uncompleted puzzle open and unattended for an unknown amount of time)

We have a solid theme today with the end of each of the four theme answers adding a dimension as we go from top to bottom, starting with a zero dimensional POINT to multi-dimensional SPACE. One of my favorites was PICKUPLINE (Cheesy fare served at a bar?) Ha! I also enjoyed THATSNOTTHEPOINT. We've all been there.

I was stuck briefly on 37D (Certain network ID). When it's my month to write the reviews I try to improve my solve times early in the week to impress our esteemed readers, so I was rushing. I had IPAD_RESS, but I kept thinking, there's no such thing as an iPad Dress is there? No, there isn't. Unless an iPad cover made of fabric could be called a dress. Can it? No, it can't.

As I looked over the puzzle again just now I saw a bunch of other fill that could be given ANOTHERDIMENSION. For example, if you were thanking someone who complimented you, but you weren't quite sure of his name, you could say, "Aw, Ed ... or Al, ... OK, Ra." Or, if a friend sent you a picture of his new shirt, you could text back, "that is so u." Or, if your black dress shoes got scuffed you could re noir them.  And, if you went to yesterday's specialty bakery with a friend, when you got to the counter, you could say, "Pi Us." Or, if you have a party and it runs late and guests won't leave, and you're thinking to yourself INEEDSPACE, you yen tas. Am I right? I'm guessing most of you are thinking she needs a sh.

There was a bunch of other fill that didn't point me to another dimension, but that I liked including SPASMS, JETSKI, WINDPOWER , and PAPALBULL. Also nice to see Mr. KERN and NED get shout outs. 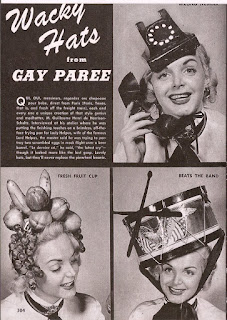 Lots of short stuff, but not much SPEW. OLE.