Yesterday's puzzle is a tough act to follow. Maybe Mr. Arbesfeld now regrets that he called Mr. Mahnken and said, I got next. :)

We have an "uplifting" theme today achieved by ratcheting up the affirmation value of the descriptive words from four movie titles. So, "Ordinary People" becomes SPECIALPEOPLE and "My Fair Lady" becomes MYAWESOMELADY, which, incidentally, is the only movie I knew based on the actors named in the clue. 44D. provided some supporting movie-themed material with MGMLION (Iconic movie studio symbol).

It's always a pleasure to see the ENTERPRISE mentioned (11D. Fictional ship on a five-year mission). TRALA, the answer to 26D. (Carefree syllables)  brought Nanki-Poo's song "The Flowers That Bloom in the Spring" from The Mikado pleasantly to mind. I thought the clue Con at 48D. was nice for it's cagey ambiguity (INMATE). And who doesn't like a Whiskey SOUR? Except maybe Huygens. I believe he finds them too mixy.

My favorite clue today might be 30D. Slide presentation? (AMEBA), although the odd spelling variation of the answer was less appealing. 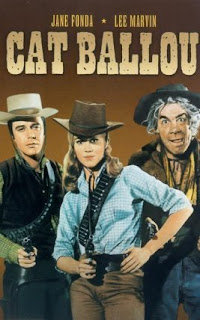 I wasn't too WHIPped up about 1A (Blender button). It doesn't grate on me, but it doesn't really crush that entry position, either.

IMSAD when I see a lot of product and company names in the puzzle. In today's grid DIRECTV practically insists upon itself with its position smack dab in the middle. And it's not alone in there, where we also have COORS, RAYBAN, and ALPO.

I was not aware that PANCAKE had become a verb meaning to flatten. I now plan to pancake my stomach this weekend.