OHHI. Frannie here, back to reporting on her own puzzle solving experience.

Today's puzzle title was an apt description of the trick of the theme answers. Apt! The "y" at the end of the first word of a common expression moved to the end of the second word to create new expressions like JUICEPARTIES (Social gatherings where fruit drinks are served?) instead of juicy parts and COUNTFAIRIES (Take attendance in a magical forest?) instead of county fairs. GROCERSTORIES (Things swapped at a convention of supermarket owners?) was my favorite. The clue for 23A (Interns at a cemetery?) caused me to notice that interns and inters differ by only one letter. Weird.

I have two top entries today: 55A Sounded sheepish? BLEATED - ha! And, 62A Routine problem, for short - with no question mark! - OCD.

Other good fill included:
41A. Work at, as a trade (PLY)
105A Euphoric *and* GIDDY - both nice words
88D. Spacious and splendid (PALATIAL)

In other puzzle solving news, I finally looked up SDS (New Left org.), which has appeared in a number of puzzles recently, and which I entered each time without any idea what this new group was up to. Well, dear readers, I've been parsing the clues all wrong. Turns out, new modifies Left. Who knew?

94D Ones holding down things? (EIDERS) had me confused for a long time, despite the fact that my favorite bird is the common eider for it's down-producing abilities. Nice twisty clue.

100D Early record label turned out to be EDISON, and, as chance would have it, I visited my second cousin this afternoon and he showed me two cases full of early Edison cylinder recordings. Art really does imitate life.

I was able to drop in NEON at 122A (Fifth-most abundant element in the universe) because I just learned that fact when I was reading about noble gases, featured in the puzzle on October 10, 2017. Thank you Mr. MacLachlan.

SPLURGE and MINTY are both great words. And who doesn't like a CHEEZIT? 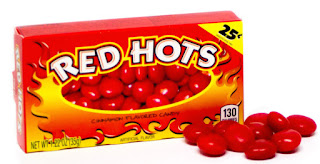 There was some fill that didn't RESONATE with me:
1A M.I.T. Sloan grad, often (MBA) - gets my vote for Most Boring Acronym.
29D Over-and-above (ADDED) - brought nothing to the table.
32D Diminutive suffixes ETTES - brought massive sufferage.
40D Some feet (IAMBI) - a fine, question mark-less clue, but iambI? IDARESAY that terminal I is not what solvers wanted to see there.
47A. Have-not (NEEDER) - groan.
112A Homie (MAINMAN) - not a constructor's best friend.
83A Nozzles into blast furnaces (TUYERES) - I think you'd have to be a real SMARTPANTIES to get that one.