Today's puzzle was a real gas. Having the five non-radioactive elements in group 18 of the Periodic Table appear in the spot in the grid that corresponds with its atomic number was quite clever. There are two other elements in group 18, radon (86), and, the much more recently added oganesson (118), but Mr. MacLachlan would have needed a Sunday-sized grid to squeeze those two in.

And speaking of oganesson (Og), I hadn't heard of it before today. It was first synthesized in 2002 and formally named less than a year ago, according to the Wikipedia. Apparently, the oganesson atom is very unstable, and since 2005, only five (possibly six) atoms of the isotope 294 Og have been detected. Fascinating! And how about this: oganesson may be significantly reactive, unlike all the other elements of that group. It was formerly thought to be a gas under normal conditions but is now predicted to be a solid due to relativistic effects. Do not get me started on relativistic effects! I started reading about what that even means, but I AGGRESS...

In addition to the element names themselves, we have the word ELEMENT, the category NOBLEGAS, and a number of other science-y entries throughout, including CURE, MAYO, EMULSIONS, and LTYR. And, in a stroke of genius, Mr. MacLachlan turned ATNO, which might be considered crosswordese at best, into a theme element!

Other entries I liked today:
20A. Evacuation notice? (FIREALARM) - notice indeed!
24A. You might lose yours in an argument (TEMPER) - I dropped this one right in.
42A. One might be around a buck or two (DOE) - Ha! And no question mark on the clue, to boot.
46A. Perish alternative (PUBLISH) - how I feel about my blog posts. :|

A small feature of the puzzle that I particularly liked was the propinquity of the connected entries at 22 and 25 down. When I entered JET at 22D (With 25-Down, 727 and 747) the app jumped to the next spot in the puzzle, which was 25 down and I could type PLANES right in. There was no looking around the grid for the related entry like an animal. 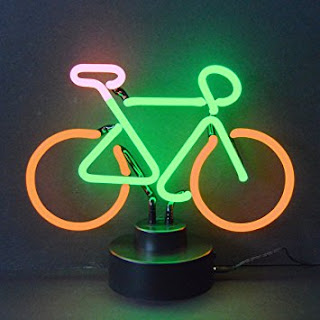 There also seemed to be a mini email theme with FWD, CCS, and PPS.

MTN, KHZ, and STA were the only answers to which I might have said NYET, if asked about them in Russian.