The CENTER ISLAND theme is nice, although it took me a minute to figure it out after I completed the puzzle. See * above. In the middle of the four theme answers, an island is discovered. We have balTIMORean, bushELBAsket, statIONAgent, and forMALTAlks. My favorite, in a way, is BALTIMOREAN because the clue is funny (17A. One might stare at the Sun - ha!). My least favorite is FORMALTALKS (58A. Discussions that might lead to a treaty) because the clue is so meh, although I have nothing against Malta.

My favorite clue over all is 22D. Bar habitué's order, with "the" (USUAL) because who doesn't like to go to a bar and order the usual? My usual at our local is Old Overholt, which I take neat, like my men.

Other clues I enjoyed include:
9D. Served in blazing liquor (FLAMBE)
31A. Prefix with sex or cycle (UNI)

I thought the clue for 18D. Famed German hypnotist (MESMER) was a bit of an understatement as we have the word mesmerize in English, meaning to hypnotize. 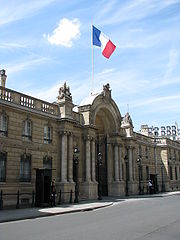 My least favorite entry today was ETEXT for 13D. Writing in digital format. Does that make every email, Word document, tweet, and blog post an etext? At that point, it loses all meaning. For some reason, my app wouldn't show the clue for 10D today, with answer TEN, so it's also a candidate for least favorite.

HELL makes its second appearance in a row with INHELL at 38D. Really suffering, so to speak. Maybe it really is end days and the lovely people at NYTX are trying to warn us.