On a Monday, you ask? Yes! I reply cheerfully. Or not. I don't know. My error was as follows: 28D: Home of Cheyenne: Abbr. I had the W of BLEW, and haplessly filled in "Wis". I was aided in this silliness by typing in SiByL for SYBIL, apparently mistaking the youngest daughter of the Downton family for the ancient Greek seeresses at Delphi and other places. When I entered TOUSLES I noted how "Wis" no longer worked, and thought to myself casually that I'd get back to that, as I was zipping through so quickly. Even when I corrected the y to an I in Ms. Crawley's name, I moved on. Only to find the dreaded puzzle not correctly filled in box. 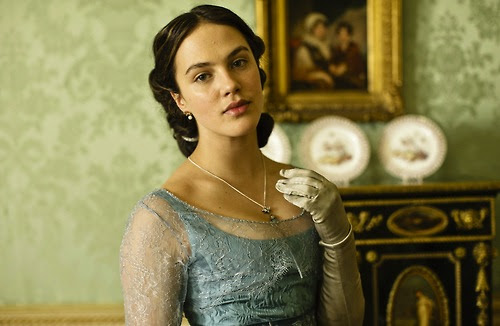 Ah, well. Once again, pushing for that low time results in an error.

The theme is fine. I like the reveal, SNOWCAPPED, and it is certainly true that each half of the long down answers works with "snow". With six long theme answers, it's not a surprise that some of the fill is subpar. I don't want to see SKUA in the grid (I initially entered StUA, but quickly corrected myself... why couldn't I do that with Wis? Let it go... let it go...). ACNES is questionable. NOTER and TOPER are answers I could do without.

But frankly, I really didn't notice the bad fill, and the longer non-theme answers are pretty good: BREWSKI, RANKLES, ATTACHE. I also liked TUSH, for which I tried both "rear" and "butt" first. No clues of interest in the puzzle whatsoever.

Anybody eaten CRABBALLS out there? I have not, and do not wish to.