This Sunday puzzle is made up of mostly pretty decent answers, a reasonable theme, with only a few outstanding answers. And there are a few answers I could really do without.

Pretty much standard fare for a Sunday, no?

The best thing by far is the pair of colloquial long down answers at 16D: "Keep up the fight" (HANGINTHERE) and 65D: "Later!" (IMOUTTAHERE). It's a nice symmetricality, and both phrases are real and often used. I actually had IMOUTofHERE for a while, and couldn't figure out 94A at all, until I noticed that Hestia was was apparently Artemis' fUNT. That didn't seem right...

With respect to the theme, I like that one of the biggest downfalls of puzzles, namely, the abbrev. has been turned into a positive. My favorite two are APTCOMPLEX (apartment complex) and LOOKOUTFORNOONE (look out for number one), because the two answers are humorous. Runner-up is FIRSTPERSONSING. Otherwise, they left me mostly cold. There are a few pluralized abbreviations in the actual fill, ET59's bugaboo. IQS is probably more acceptable than AMTS. I don't know what FIES is. How can you pluralize an exclamation? It just doesn't make sense. Would you say: "I love Homer's 'D'ohs'"? No, you'd say: "I love it when Homer says 'D'oh'."

Other less than acceptable fill: BITTERER. I'd say "more bitter" because it fits better in conversation. NTUPLE is apparently defined correctly by the clue, but I don't like it much. How about two Britishisms? TONNE and CENTRES.

All right, enough piling on. I did like ARIA and TOSCA, because I love Tosca, that's why. AMUR was saved by a bit of trivia I didn't know. 45A: It comes between ads (DEUCE) was clever and a nice turnaround from the crosswordese "ad in". HEINOUS reminded me of these guys: 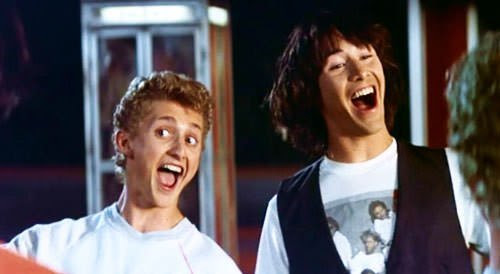 Enough already. It was fine.