A bit of an odd bird for a Tuesday; heavy on the golf lingo, which leaves me feeling rough... maybe a bit teed off? I don't know, though. Mostly the theme answers were relatively easy putts.

Enough of that, don't you think?

Yes, I agree. LADIESTEES was clued confusingly, made more difficult by the inclusion of STIPES. Oof. Apparently a stipe is the stalk of a mushroom. That's completely new to me. But considering the _TIP__ was set in place, you can see where things were constrained.

Strangely, in the midst of all of these golf terms, there are four six-letter dog names, each in the shape of DOGLEGS, those angled golf hole shapes. It's all of these that really make the puzzle hard to fill in. It's how we end up with INGLE (30D: Hearth). And POOHS, not really an allowable plural. Not to mention IGOT, ELIE, and AONE. 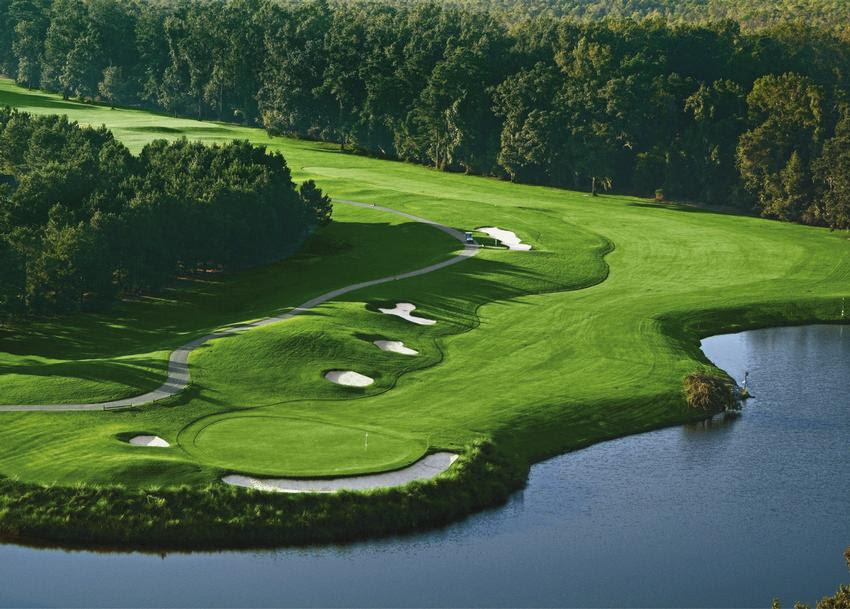 It's a cute thing to do, and there are some other remarkable entries, such as 34D: Rascal (SCOUNDREL). That's very nice. I also like HALOGEN, which feels marginally more modern than just about all the rest of the puzzle. (62A: Suffix with disk (ETTE) - really? It's been an awfully long time since anybody's had one of those.)

1A: Volleyball actions between bumps and spikes (SETS) is really kind of a theme answer, so I don't know if I can really grade it. If I was going to, it would get a D-. Just above failing. Why couldn't it be clued mathematically or something?

My favorite clue-answer pair today is 21A: Cat in a record store (STEVENS). It's a nice surprise, even though he's not gone by that name for almost 40 years (1977!). At the same time, the inclusion of LIBYA right beneath made me look twice on reviewing the puzzle, because it was Ambassador Stevens who died in Benghazi. So that's maybe a little tone deaf.

All in all, I feel this puzzle just missed.