This had to be one of my fastest Saturdays ever. I dropped in TAHITI (2D: Stop for James Cook when circumnavigating the globe) and ATEMPO (3D: Getting back to speed, musically), and then KIMMEL (20A: Colbert competitor) and STPETER (24A: Metaphorical rock of Matthew 16:18) and it was off to the races. STPETER was kind of a gimme on Easter weekend, wasn't it? Also, it reminds me of the old joke that the Catholic church was built on a pun. Matthew 16:18 reads, in Latin: "Tu es Petrus, et super hanc petram aedificabo ecclesiam meam," which plays on the fact that "Petrus" (Peter) and "petram" (rock) are the same word in the nominative and the accusative. "You are Rock, and on this rock I will build my church," or, "You are Peter, and on this Peter I will build my church." Happy Easter! 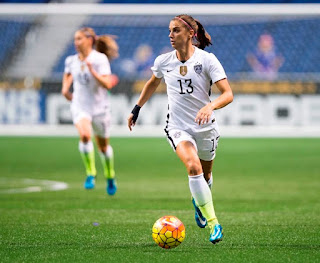 Moving on... KANSAN (26A: Auntie Em, e.g.) really set up TOTO (29A: Band that shares its name with a film canine), didn't it? And of the central three 12-letter answers, only HITTHEBRICKS (33A: Skedaddle) has any zip. I have never heard the phrase SPACETOURISTS (36A: Ones counting down to vacation time?), and I still don't really understand it. And PHONESERVICE (38A: It's included in many bundles) is just boring. Kind of like IONIC (39A: ____ compound). But NORM, ironically, was one I found entertaining because of the clue - "40A: What you can expect."

So overall, I found this a mixed bag. Certainly there were some nice entries, but it was a bit boring in parts, and was clued too easy. Bring on the BRIMSTONE!