Now this entertained me. It was not until I got down to UNITEDNATIONS that I understood the theme, and then the aha moment was quite amusing. PAKISTANZANIA (Indian Ocean bloc) sounds so good that those countries should really start to talk about a collaboration. And I bet some people would be willing to accept that NICARAGUATEMALA actually was a country. Heh. Which reminds me that while on an archeological dig with a bunch of college students a few years ago, one student (with the full support of several co-conspirators) managed to convince another that she had vacationed recently in "Japanama." Ahh, hazing... good times. 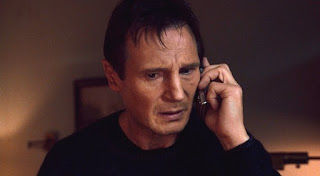 I am also happy to see that this puzzle was constructed by two very nice people that I met at the A.C.P.T. a couple years ago. I got to spend a little time talking with Ms. Roseman during one of the breaks this year, and she told me about how excited she was to have her first puzzle accepted, and that she was extra happy to have been able to construct it with her son. I couldn't remember, at that time, whether or not I had ever told her about this blog, but, remembering a rather unfortunate episode with Bruce Haight from a year earlier, I opted to keep it to myself, just in case I ended up not liking the puzzle. Well, no such problem today.

In addition to the amusing theme, we have LOTSA fun extras like SECLUSION (17A: What Thoreau lived in at Walden Pond) (except for those times when he walked home for Sunday dinner, or went to the store for supplies), HOLIDAY (4D: Office-closing time) (this took almost every cross!), YOLO (63A: Motto for a modern risk-taker, for short), and phrases like IKNOW, SIGNHERE, WOEISME, and BEANANGEL (58A: Softening-up words before a request). (I can only see that last one as "bean angel" as I look at it now.)

1A: Something to make before blowing out the birthday candles (WISH) - B-.
Favorite: SICK (3D: "Awesome!")
Least: DEEN (43A: Paula of "Paula's Home Cooking") Can't we all just try to forget?