I think many of us think of Thursday as kind of a wildcard, and usually expect the puzzle to contain a trick of some kind, but Will Shortz has gone on record as saying that all a Thursday puzzle should be is harder than Wednesday and easier than Friday. And this, for me, was harder than yesterday's, so so far, so good on that score. 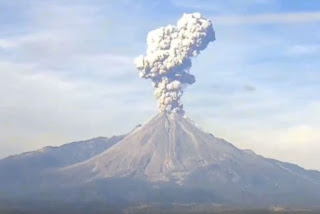 The theme is one of those wacky re-reading types, here requiring that you change the accent on an E. Instead of RUNFORTHEROSES, read it as "run for the rosés," and then the clue "48A: Quick trip to pick up white zinfandel and blush?" makes sense. Sort of. I tend to like these silly themes, so this was fine with me.

Less fine with me are obscurities like TOPE, which I only learned through crossword-doing. Hey, you know what? I looked it up just now, and it comes from the french verb toper, which means "to accept the stakes in gambling." And my Webster's thinks that the meaning given here probably comes from the custom of drinking to the conclusion of a wager. Well... that makes it a little more interesting. They also give as second and third definitions, "a Buddhist shrine in the form of a dome with a cupola," and "a small gray, European requiem shark." So be on the lookout for those clues on a Saturday!

I like INVECTIVE (12D: Words meant to hurt), and ABRADE (10D: Wear down), but some of the other long Downs are a little bland - SUMTOTAL, LANDAT, WHITERICE, and TOOKACLASS, for example. Not that there's anything wrong with them, they just aren't very exciting. White rice, at least, was given an amusing clue - "One side of China?"

1A: Departed (AWAY) - C. I tried "deAd" here first.
Favorite: GIRD (55A: Strengthen). Nice word.
Least: There's nothing in here that I really hate.