Horace and I were both hung up in the north west corner of today's puzzle, so we decided to COEDIT, say. :) I had a few tentative entries up there, including three possible options for 12D: "Take a ____" - all of which ended with 'K' in support of a hoped-for KEVLAR answer at 18A ("Kind of vest") - but none of which was the correct answer RISK. (For those of you following along at home, my other ideas were 'walk', 'look', and 'peek'.)  I also had the right idea but the wrong start to 4D: "Join the table". I had 'takeASEAT' - which, incidentally, I much prefer to GRABASEAT. If you'll allow me to hop on my soapbox for a moment about one of my many STANCES, I will lament the proliferation of the word 'grab' in today's world. Everything is being grabbed, from seats to menus, to drinks and I don't know what all. I'd think the world would be a better place with a little less grabbing all over the place. But, I digress. As it turned out, Horace and I both FWOED on 21D, but in different places: Horace had iLIXIRS and I had ELIXeRS. Confound those unknown puzzle persons!
A number of excellent clues provided a little bit of HOGHEAVEN for this solver. I liked "Cause for alarm?" (BURGLAR), SEDATE for "Composed," UNSAVED for "Liable to be lost, in a way" and my favorite: "Split payment" ALIMONY - ha! ECHELON and TAXDODGES were both fine fill, and who doesn't love a DATASET?
Horace wants me to mention the beautiful pinwheel grid formation. And, he's chosen today's bonus material. 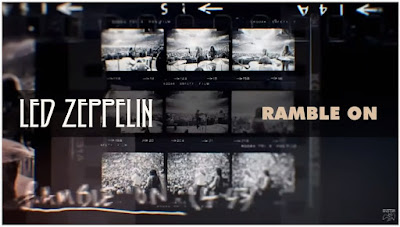 There were a couple of fun companion clue sets which caused some confusion. Of the two 'chip' clues, I got first to "Puts down a few chips, maybe." I tried 'eaTS,' but when I got SNACKER for "One who puts down a few chips?" my stomach sank, because it seemed unlikely that both chip clues would refer to the food meaning. Odds on, BETS is a better answer. The other set of matching clues featured Oktoberfest buy(s) . Horace had STEINS in both places - no surprises there! - but in this case for more practical reasons. It had to be the right answer in one place or the other. I tried to make some form of 'beer' go in, but LAGER was the right choice.
In sum, there was a lot of ELIE good stuff GOINGON in this puzzle. How do these constructors do it? ITSMAGIC. :)
~Frannie (and Horace).
Posted by Frances Page at 10:44 AM