Another day, another debut, and I, for one, welcome the onslaught of new names and new ideas. Congratulations, Mr. Boroughs, on getting published!

Today's theme adds IC to several phrases, pluralizes them, and then - as is the custom - clues wackily. So we get things like CARPENTERANTICS (Wacky shenanigans of a woodworker?), POPTOPICS (Things that Dad likes to discuss?), and DOTCOMICS (Much of Roy Lichtenstein's work?). Those all made me chuckle. FRYINGPANICS (Frights upon waking up from sunbathing naps?) was a bit of a stretch, but by the time I got down there, I was already in a good mood so I smiled anyway. :) 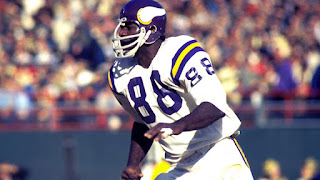 In non-theme, I do appreciate the symmetry of the AMERICAN and EUROPEAN entries and clues, I just wish they were on the correct sides! And while I also enjoyed the nod to Paris in "____ de la Cité, one end of Paris's Pont Neuf" (ILE), I am disturbed by that "one end" part. The ILE de la Cité is really in the middle of Pont Neuf. The ends are the Right and Left Banks of the Seine.

How's that for a STERN talking-to?

I loved the clue for INKPAD (You might put your stamp on it), "Low digit?" (TOE) was fun, and "Respond to a stimulus" (REACT) was just so... exact? ALSO, I liked seeing APPLETON Wisconsin get in there too. A good friend of ours went to Lawrence U.

There seemed to be a good bit of alphabet soup - MIII, ACDC, TSKS, YOO, IDK, PFFT, NCIS, ROTC - but I didn't really mind any of it. ALLOF ("____ the other reindeer") was probably the thing that made me roll my eyes the most. Overall, though, I enjoyed the theme, and liked plenty in the fill. So far, so good.

Posted by Horace Fawley at 7:49 AM