First of all, we both want to thank Colum for doing the reviews for the past week and a half. For the first time in a very long time, we didn't even start the puzzles for several days in a row. It was strange, and perhaps it made us soft, as we were unable to come up with TVAD (56A: Spot, maybe), and not knowing VANUATU (54D: South Pacific archipelago), that V square eluded us.

We split on the theme. Frannie didn't love that the original word or phrase without the EN had no relationship to the clue or answer, but I liked the wackiness in at least a few of them. The first themer, for example, PREPARATIONHEN (23A: Episode title for a cooking show featuring chicken recipes?) was kind of funny, in a gross way. And I enjoyed the mention of the former SNL writer in CANIBEFRANKEN (67A: Request to represent a Minnesota senator's side of a debate?), but yeah, ok, the rest of them weren't that great.

We both liked seeing SCHULTZ (7A: Bumbling sergeant on "Hogan's Heroes"), but TAT is not a 43A: Bit of needlework? as far as we understand tatting, which is traditionally done with spools, not needles. Great clue for SAAB (45A: What a 9-5 worker worked on?), and KNEE (68D: One might be brought up in a brawl) was very nice, but there were a ton of names we didn't know, and I don't love ARENOT and CANTOO. And, if I can be very picky, having STERN and ASTERN in a grid, no matter how they're clued, just seems wrong.

In all, it wasn't a great puzzle to come back to, but at least tomorrow's Monday - we should be able to finish that one...

Thanks again, Colum, for your yeoman's work. We appreciate you raising the bar here at Horace and Frannie, by adding some visual interest every day, and we'll try to keep up the good work. How 'bout we start by adding a photo of a typical scene for us during the past week. 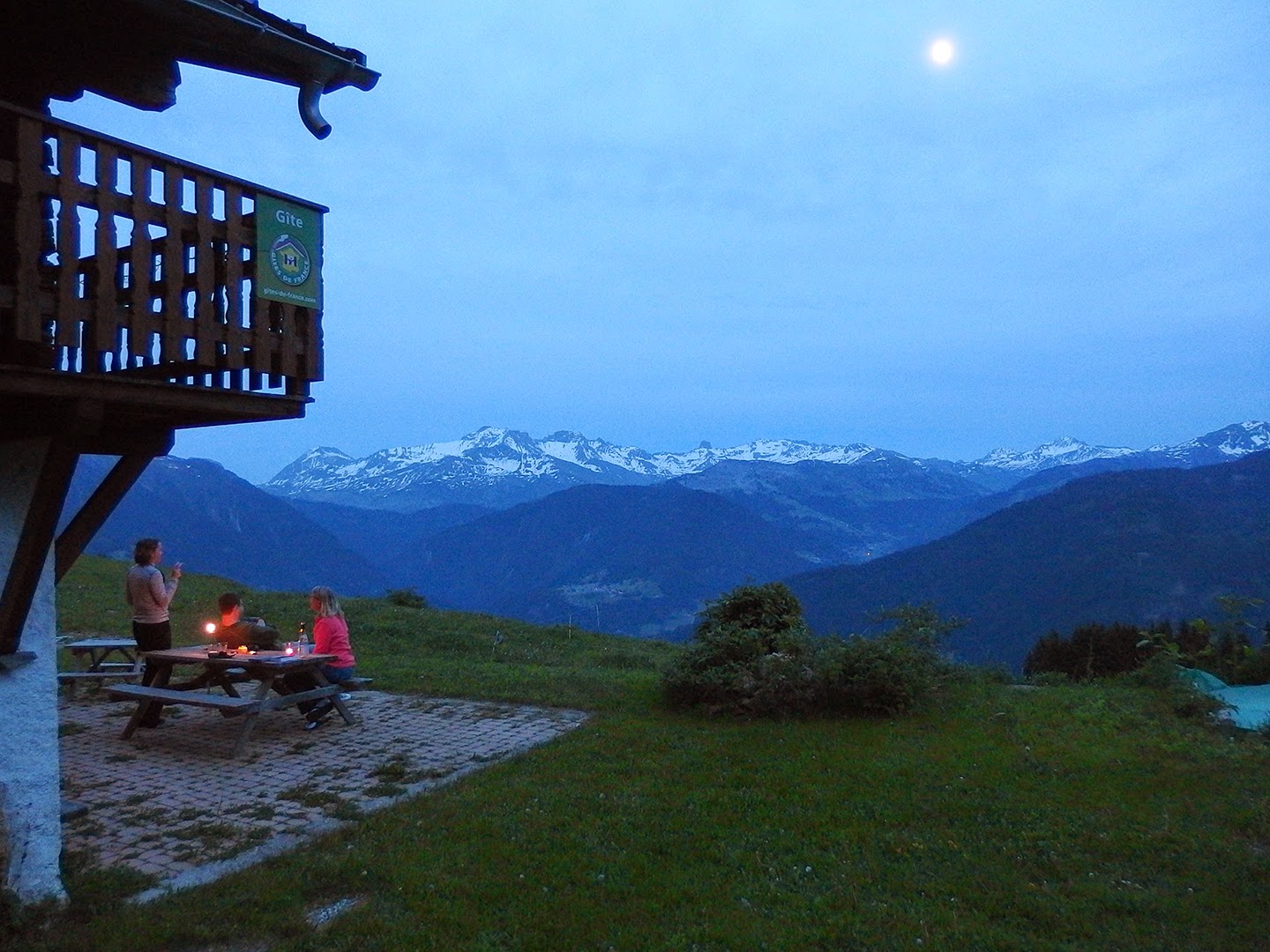 It was a pretty great vacation. Thanks for making it even more relaxing.

Posted by Horace Fawley at 5:53 PM