Ahhhh. That's more like it. After yesterday's personal solving fiasco, it was good to get back in the game.

And what a lovely themeless to get me there. There are a ton of fun longer answers here to sink your teeth into, along with five different answers that utilize single letter abbreviations or words.

1A: Porcine paramour (PETUNIAPIG) gets an A- from me. The character is a little recherché (recherchée?) for a straight A, but it's a great reference to Porky Pig's sweetheart. Amusingly, if you look up the character, the clue is found in the exact same form in the description. I wanted Miss Piggy, but she didn't fit.

I actually broke into the grid at 5D: Full of butterflies (NERVOUS), because of the cross with 20A: Some zoo employees (VETS). 6D: Under water (INDEBT) is excellent. PAPS not so much, both for the peculiar pluralization and for the actual texture of the stuff. Yuck.

I had to break away from the NW at that point and jumped back in with SAKS (what other company could stand up to Lord & Taylor, am I right?). It led to SSTARS, the first answer with that extra letter. AGENTORANGE is appropriately and tragically right next to SICKASADOG. But it's a nice find to cross those two answers with DICKTRACY. I think I remember those characters from the movie with Warren Beatty and Madonna. Yes: Big Boy was played by Al Pacino and Little Face by somebody named Laurence Steven Meyers. Huh. 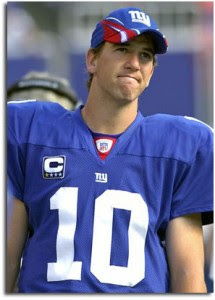 Anyway, the SE has the unexpected IINSIST and 40D: He succeeded two queens (JAMESI), which was not as surprising. The stack is pretty good but not that sparkly. I like 54A: It takes turns making dinner (ROTISSERIE) the best of the three.

SOFTPRETZEL is probably the best answer in the puzzle, but I also like SHAKENBAKE, which looks strange without the apostrophes around the N. There's a lot to like in the clues for the shorter answers. 1D: Sound from a cheater (PSST) saves the answer. Even better is 19A: Brady bunch, briefly (TDS). Do you think that crossing was intended? Mr. Brady will be sitting out the first four games of the season, you know. Odd that ACCRA shows up again, also with geographic trivia in the clue.