Well, for much of this puzzle, even as I was filling in theme answers correctly, I was seriously underwhelmed by the quality of the theme. And that's because I was mispronouncing the answers. I had THINERROL and was thinking it was "thinner" with the L added. Instead it's "thin air" with the L added. In fact, all of the phrases have that long A, which works better with some answers than with others.

For example, 23A: Actress Streep playing a centenarian? (THEOLDGRAYMERYL) doesn't quite work, because Meryl is pronounced with an "eh" sound. BTW, we saw Florence Foster Jenkins last night. Streep was outstanding - she sounded just like the real Jenkins, and Hugh Grant was wonderful. I'm not sure the movie was all that good overall, but it was definitely enjoyable.

I'm also not sure any of the answers reached the necessary level of wackiness. I did not find myself giggling or even smiling as I figured them out. That's a shame. They're clever, just not amusing. So that's my final analysis. 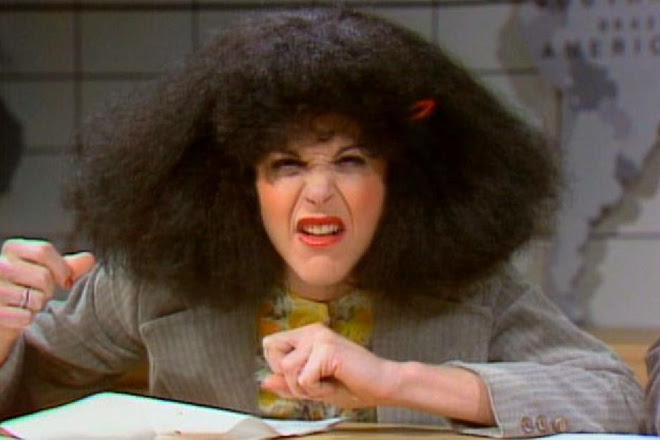 On the other hand, the fill is pretty darn good. DRPEPPER and JCREW satisfied the need for multiple consonants next to each other. BIDET was a surprising choice for a bathroom fixture. 46D: Battle of Hastings participants (SAXONS) was a nice nod to British history, which I always appreciate. 1066 and all that, you know.

Speaking of British, you get 21A: Heads for Britain? (LOOS), contrasted with 68D: Arrondissement heads? (TETES). That's a fun way to take care of some longstanding bits of crosswordese. Did 40D Hell of a location? (HADES) need that question mark? I'll say no. I'd also say that TYRANT is not the first word that comes to mind when I think of Caligula, but it'll do.

Gotta go pour some DEWARS down my CRAW. Not really. I'm much more of a rye person, myself.

P.S. Forgot to mention 1A: Southwestern cliff dwellers (HOPI) gets a C for basic stuff. Weirdly, 2D: Dept. of Labor branch (OSHA) was my first entry, but it was because I thought Hopi was going to be right that I put it in.
Posted by Colum Amory at 10:29 PM