I love seeing Pablo Pasco's name at the top of the crossword, because I know we'll get a clean and interesting grid, and today is no disappointment.

I broke in with the gimme at 6D: Reznor of Nine Inch Nails (TRENT), followed by the equally easy 23D: ____ Fierce (onetime Beyoncé alter ego) (SASHA). But there were few other gimmes.

There's much to like here. 1A: "Come again?" (WHATSTHAT) sounds like Grandpa Simpson in the tape recorder playing inside my mind. I give it an A-. I love 2D: Done for (HISTORY). That feels like such a fresh usage. 8D: On end, to Donne (ANAGRAM) is brilliant. I didn't see it coming until I had ANAGR__.

32A: Gendered "Seinfeld" accessory led me down the wrong road. I had MAN____ and decided to try MANsiere (also called "the Bro"), even though that was spelled with 2 Ss. Instead, it was MANPURSE. 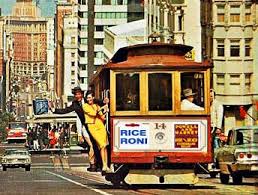 I blinked at ERICA over DYNAST, figuring they'd put a duplicate in somehow. But closer examination of the clue at 26A showed no reference to the show Dynasty. Clever! Better, though, was BRINGITON over ITSGOTIME, both clued by "Let's do this!" I also love REBIRTH right next to DEMISE.

ESSENES is a bit of crosswordese, an unsurprising term to fit in at the end of a number of across answers with its crossword friendly collection of letters. Perhaps there's a reliance on too many names. But I still really enjoyed solving this puzzle.