Oh boy. I was not expecting this theme at all as I worked my way through the grid. It didn't become apparent until 52A: Incapacitated Lincoln? (NAVIGATQR). I was sure of the Q because of QEII (there can be only one longest-reigning British monarch - she's outlasted Queen Victoria by a little over a year at 64 plus years). And how clever: by replacing the O in four car names with a Q, Mr. Kaye has literally represented those cars "incapacitated" by a BOOT, a well-known site in New York.

I wouldn't be able to think of these names purely from their make, but the models are well enough known that I was able to infer them from a few crosses. I like that all four are American (not from any nationalistic preference, but simply for consistency's sake), and that the revealer is at 59D, well at the end of the puzzle. Only once is the Q used in its standard way in the crosses, at QUELLS (a very nice word). The other three, NASDAQ, SHAQ, and QEII are atypical, which adds to the enjoyment.

We also get two very nice 12-letter answers in PRACTICABLE and PRIVATEEYES (the last with a good clue, "Tails, of a sort"), as well as the unusually clued TRIFECTA - who knew you could even bet on Jai alai at all? I like 60A: Queen's mate (DRONEBEE), although it feels a little unnecessary to stick the "bee" on there. It's great that it crosses Queen Elizabeth as well. 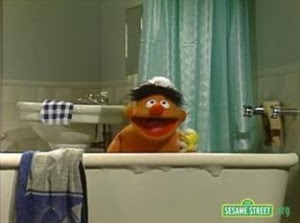 Otherwise, there's a surprising amount of crosswordese. ARETE has ceased to be a stumper for me - it's an automatic entry. ESTD, LEI, ELI (along with ELIA), ESAU, and alternately clued ARNE (not from God Save The Queen, sadly, given the other answers in that corner). I don't like the strangely pluralized ANDS at all. TITHER is acceptable, just odd.

1A: Like the Miller beer logo (ASLANT) gets a D-. The clue saves it from an F, but honestly, I'd describe that as "slanted" if I had to, "Italic" otherwise. It's particularly annoying because it crosses ASWIRL. Oof.

The first answer I was 100% convinced I had correct came at 33A: Saints are part of it, for short (NFL). I had already entered ACDC and CANID, but I was reserving final judgement, even though I was over 90% sure of them.

Overall, the theme made this puzzle worthwhile.