This is a really beautifully done Monday level puzzle. I am particularly impressed because of the closeness of the three middle theme answers, that there isn't more junk in the fill.

The theme is straightforward: take the endings of several well-known phrases, and connect them in some way. In this case, they are the segments of a news show. I like that in each case, the word in question is not being used in the sense that it is on the news. Or at least, not anymore. NEWPORTNEWS is speculated to be called that because of happy information that arrived in the form of new supplies to a starving colony. I liked SPOILSPORTS the best, in that these unfortunate individuals make playing sports much less fun.

The revealer, MORNINGSHOW, seems just a tad off. I think of that type of television program as being a talkshow, with lighthearted banter and interviews. But I understood it well enough.

There are some nice long crossing answers, especially ALGORITHM and TOPSECRET. 5D: One often seen standing just outside a building's entrance (SMOKER) was unexpected. I also liked the answer JETLAG, if not the actual sensation. Although it usually accompanies a vacation, say to Paris, or even Italy, say.

1A: Molars usually have four of these (CUSPS) gets a B. It was not my first answer, which elevates it for a Monday, in my mind. My actual first answer came at 2D: In ____ (unborn) (UTERO).

So we had a few items like AFTA, RIAL, HESS, JIF. On the other hand, DARCY. Oh, and I would have preferred MEL clued by this person (she's in the yellow): 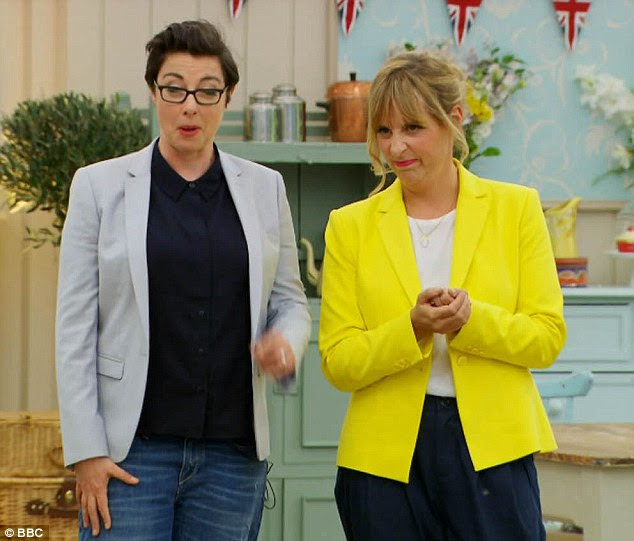