Puzzle number three in the Christmas season series is filled with five examples of actors who have played Santa in movies. What, no space for Billy Bob Thornton? Yeah, his name is 16 letters long, but still... 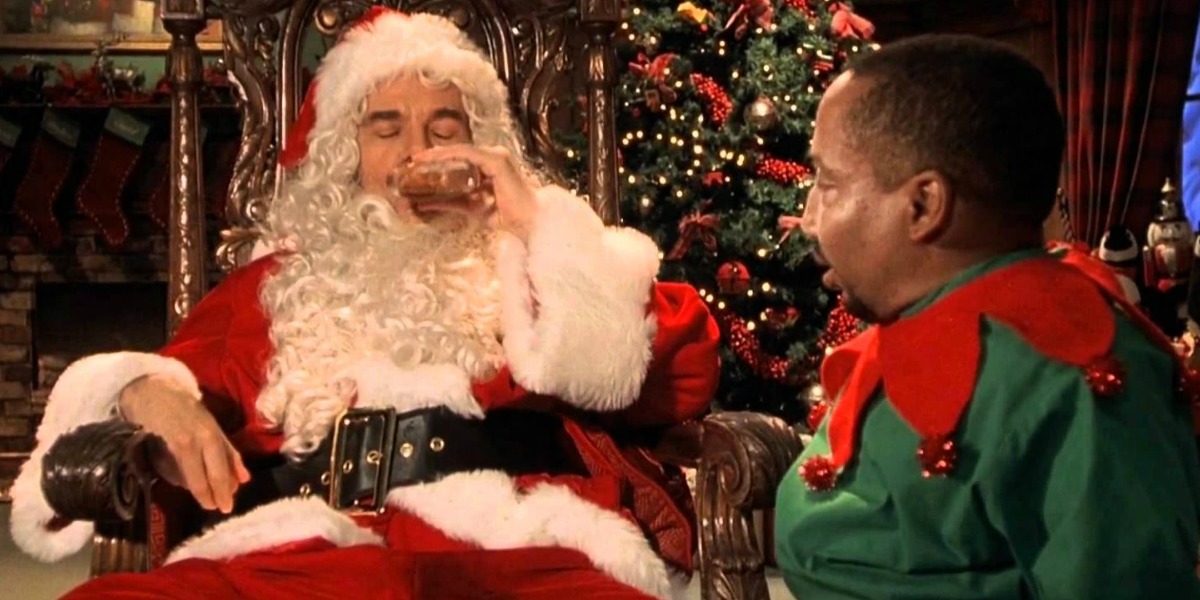 Who knew FREDASTAIRE took on the role? He's extremely thin for the part. TOMHANKS did not have to gain weight or put on a suit, because his Santa Claus was animated. My error came at the crossing of EDMUNDGWENN and WTO. I tried an L there (made more sense with G_ENN). Oh, well.

I thought the rest of the puzzle played extremely smoothly, and at a good level for a Monday. I'm particularly impressed by the pairs of 9-letter down answers side by side in the NE and SW. All four are good answers, especially TRICKSTER and SHOWMANCE. I also liked FRESHAIR and OHSNAP.

1A: Monastery leader (ABBOT) gets a C+. Fairly average stuff. It was also the first answer I put in. There are no clever clues. But I like MAE West's quote: "I used to be Snow White, but I drifted." That's funny stuff.

There's an odd MMI (literally), and who didn't say "Ugh" at UGA?