What a great idea for a theme! It takes the very nature of the conventional mirror symmetry of the crossword grid and applies it with brutal logic. Here, every across clue is repeated in its symmetrically placed across clue. Thus, every clue has to have two answers of equal length that appropriately respond to the clue.

This does lead to some particularly tortured cluing: for example, "anagram of the letters O-N-D" (answers DON and NOD: at least we weren't subjected to "DNO" or some such). Another example is more amusingly "This does not fly" (Answers TWA and EMU).

Sometimes the clues were uninformative and of interest nonetheless. See "First name of an Oscar-nominated actress of 1957". Now, I don't know about you, but I don't have all the nominated actresses of a certain year in my mind. Nonetheless, LANA Turner (for Peyton Place as best actress) and ELSA Lanchester (for Witness for the Prosecution as best supporting actress) are nice pieces of trivia. Note that the actual Oscars in this case were given out in 1958.

Sometimes the clues required a twist in meaning to figure them out. I very much enjoyed "Where to find grooms" (answers STABLE and ALTARS). But even better was "Tinker, for one, in olden days" (answers SHORTSTOP, referring to the famous Chicago Cubs player immortalized in Tinker to Evers to Chance, and ITINERANT). That's fine cluing. Note that there is not a single question mark in the across clues. 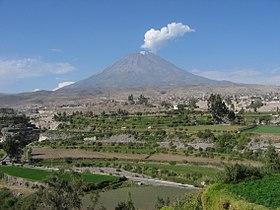 I somehow managed to work my way through essentially all of the first set of across clues without coming across the theme. 1A: One of the blanks in the cereal slogan "____ are for ____" (TRIX) should have given it away. By the way, I'll give that answer a B+ for nostalgia as well as for reminding me of one of my favorite shaggy dog pun jokes. If you have about 10 minutes to spare some day, I'll tell it to you.

I finally understood when I broke into the southern middle section and saw the mirrored Egyptian queen clue. I'd thought about how cool it was that NEFERTITI and CLEOPATRA would fit into the same number of squares when I entered the former at 21A. It hadn't been a struggle to choose because I already had SNL in place.

Anyway, the down clues and answers hardly matter in this sort of tour de force. There are too many RE- answers, and DAZER just isn't a thing. Also, DETAG? Not a thing. I still liked ANTIVIRUS and SPOILT. The puzzle played at just the right level of difficulty. Nicely done overall.