There are a lot of flowers that have served as names over the years, but this is the first time I've ever heard PANSY put into that group. It was, apparently, once more common than it is today, but the site "babynamewizard.com" lists it as "0 per million babies" since 1950, and "babycenter.com" calls it the 15,285th most popular girl's name in 2015, and has "no data" for eight of the last ten years. I'm guessing it's just slightly higher on these lists than "Crocus." 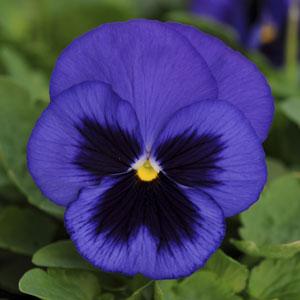 But enough about that, what about the theme?! It, too, includes things I've never heard before. I'm learning! I am amused by NOTHINGBURGER (30A: Big fat zero), and WORDSALAD (17A: Gobbledygook) is wonderfully picturesque. The other two "food" expressions are OLDHAT, ISUPPOSE, so there's no need to repeat them here.

The fill includes a few THRILLS like PEGASUS, SWATH (18D: Path of mowed grass), ARPEGGIO, and HOTMIC (25D: It might capture an embarrassing comment), which makes me think of Will Ferrell. So that's good.

1A: HTML (Web designer's code) - D.
Favorite: 34A: Like Jefferson on a list of presidents (THIRD). I love these absurdly specific, yet out-of-left field clues.
Least: There's really nothing that bothers me too much.

p.s. I also discovered in my brief Googling of "Pansy" that there's a character named "Pansy Parkinson" in one of the Harry Potter stories, so I guess I have no complaint. And I suppose that even means that the name might see a resurgence. Maybe. Well, whatever, I love pansies, so I'm all for it.
Posted by Horace Fawley at 7:43 AM