I'm not sure sometimes how my brain works. Or if it does. When I got to 64A: Visibly stunned (AGASP), I had crosses, but not the last one. I put in AGASt, and thought to myself as I was doing it, "That's spelled wrong," but I still put it in. And left it in. Why would I do that? How many times do I come across misspelled words in these puzzles? Never, that's how often. Oh well... 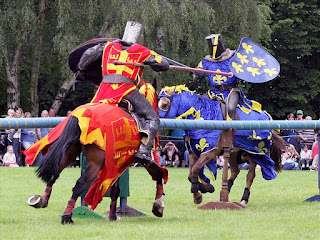 So anyway, kind of a strange PINOCCHIO theme today. I think the growing nose is quite well done, and the revealer at the end, with the tied-in LYING crossing it (the crossed words are almost in the shape of a nose?), is well-placed. They get another reference to baseball with NATIONALPASTIME (46A: Baseball, in America), and I thought NOSERVICE and NEUROSCIENTISTS were quite good. NORSELITERATURE, well, I guess it's fine.

1A: Defunct gridiron org. - XFL - C-. Frannie and I actually watched some XFL games, and we still joke about one sideline interviewee who said of the other team: "They're doing stuff out there that's confusing us." And we wonder why the league didn't last...
Favorite clue: 57D: Hacker, but not on a computer (AXE)
Least favorite: ODEA (20A: Old-fashioned theaters)

I like the word MIMETIC (36D: Imitative), despite its similarity to emetic, and although I was not previously familiar with "On the Beach," nor its heroine, MOIRA, I now see that it was written by Nevil Shute, whose name has come up an awful lot lately in my little circle. YMMV, as they say. And speaking of books/movies, we all know that ASYOUWISH doesn't really mean "Sure, go ahead," it means "I love you." Silly clue writers.

EASTERN (18D: Old airline with the slogan "We have to earn our wings every day") and MEARA (32D: Stiller's longtime wife and comedy partner) give this one kind of an older vibe, and one might wish for a little more bonus material, but I guess the theme really didn't allow for much else.

How 'bout we ENDON a shout out to our resident representative of the NEUROSCIENTISTS set, Colum, who certainly knew PIA mater (brain cover) immediately. I know it now, too, but all I had to do for the knowledge was solve a few crosswords!