I filled this in extremely quickly - for a Wednesday - but perhaps that was because I just put in whatever I wanted, which, as it turned out, was not always correct. To wit, I wasn't quite on the same wavelength with 49A: Existential statement (IAM) and tried "IsM," which I had convinced myself was possible. And right next door, instead of OTS (50A: Bonus periods, for short), I entered "eTS," thinking who knows what. So those were my problems. Interesting, I know. 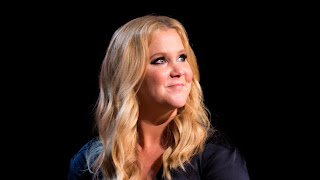 So what about the puzzle itself? It's a circle theme, which - to this non-constructor - seems like an easy way to cram a theme onto what is otherwise pretty much a themeless puzzle. Ideally, this would allow exciting, unrestrained, longer fill. For me, HOMEINVADER (28A: Unwanted guest) and MARXBROTHER (44A: Any one of the stars of "Duck Soup") do not exactly fit that bill, as it were. Furthermore, who the hell is Bill Walsh? [OK, yes, he was a coach, but he's not exactly a household name.)

I smiled at 25D: "Be ____ ..." (request starter) (ADEAR), because I this is much more natural to me than yesterday's "Be an angel," and there were a few other things, like SWAMP (31D: Overwhelm), DENSE (26D: Not too quick on the uptake), and INEPT (16A: All thumbs) that were ok, but for the most part, all I could focus on were the proper names, product names, partials, and glue. I won't bother to list them all here.

Onward to The Turn!