I dropped in BRIDE (One with a train, maybe) and then "firework" for "Stick around on July 4?" (SPARKLER) and I was off and running! Well, in the NW anyway. THAT section was done in a flash, but one of my entries - RERELEASEs (Like albums that include bonus tracks, often) fits that clue, but not the cross, a fact I did not notice until forced to do so. 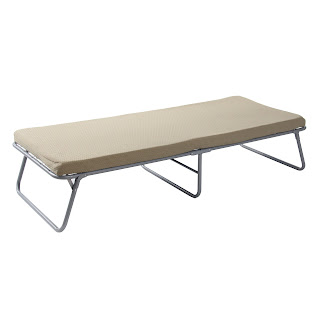 But long before my FWOE, I had turned on the puzzle. I think it started with AUTOMAKE (Lincoln), which rubbed me the wrong way. AVERS, ATA, and EKES didn't help things, and the "Prefix with -graph" clues were just trying too hard. TELE is fine, but TRIgraph? It's three letters spelling a single consonant, vowel, or diphthong sound. Took language courses all my life and never heard anyone say that. I know, I know, it's Saturday...

Things picked up in the middle with the gimme HESDEADJIM ("Star Trek" catchphrase), but EASINGOUT (Carefully exiting a parking space, say) seemed a little forced, and even CITADEL (Acropolis, e.g.), which is a good word, annoyed me slightly because I'm not sure temples can be called CITADELs, even if they are on high ground dominating a city. Sure, it was once used as an arsenal, but that led to its near destruction and is not really a great thing to think about either.

I entered jASMine instead of BASMATI (Fragrant rice), which led to pENniEs for "Very low stake?" (TENTPEG), and then quite a bit of difficulty in that section. The TENTPEG clue, by the way, is cute. I checked to see if "tentpeg stakes" was a thing in poker before realizing that it was just a joke about actual tent pegs being driven into the low ground. Heh.

PERSIMMON (Fruit that's a major Chinese export), ROBYNFENTY (First and last name of Rihanna) (when I first read this, I thought maybe Rihanna had the same first and last name), and ACE (Asexual, informally) were all interesting, but it was too late. I like this puzzle better the more I look at it after the solve, but while it was happening I did not enjoy it. And like Darcy, "My temper I dare not vouch for. It is, I believe, too little yielding -- certainly too little for the convenience of the world. I cannot forget the follies and vices of others so soon as I ought, nor their offenses against myself. My feelings are not puffed about with every attempt to move them. My temper would perhaps be called resentful. My good opinion once lost, is lost forever."

Of course - spoiler alert! - he did change his mind. As I said, the more I look at it the more I find things to like. I hope your solve went better from the outset.

Posted by Horace Fawley at 7:30 AM