Did anyone else notice that the New York Times website (and with it the crossword) was down this morning at around 6:00am? I did. CNN was down, too, and a couple other sites I tried. It came back by 7:00am or so, but by that time, the window I normally use to do the puzzle and get the review up had passed. But I'm here now, so let's do this. 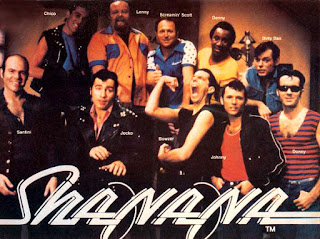 The theme today made me chuckle. An H is inserted in the middle of a two-word phrase, and the result is clued wackily. The Paris Metro is transformed to a PARISHMETRO, or, an "Urban area around a church district?" And the old "Tennis anyone?" becomes TENNISHANYONE (Suggestion to friends on when to meet for brunch?). And speaking of "Tennis anyone?" there's an interesting write-up of the phrase here.

The puzzle played on the hard side for me for a Tuesday. I don't know NIECY NASH or NASH NIECY from Adam's off ox, and INTERIM came verrrrry slowly. I was thinking pseudonym instead of PERSONA with "Slim Shady, for Eminem," and not being real math-y, DERIVATIVE (Cosine vis-à-vis sine) took several crosses. Also ZOYSIA. Even STEVEYOUNG took me far too long. I think maybe I was rattled by the outage. Did I mention the outage?

Overall I enjoyed the challenge, I was entertained by the theme, and I thought there were plenty of interesting non-theme entries. Thumbs up!

Posted by Horace Fawley at 5:26 PM