First off, I liked the grid with its two plus signs in the middle. For some reason, that kind of little detail puts me in a good frame of mind right off the bat. 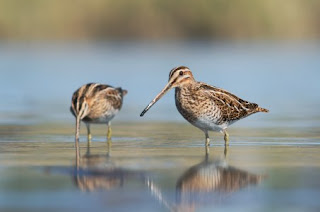 Another thing that happened right off the bat was that I made a couple of bad entries: "fish" instead of KART ("Go" follower) and "road" for SACK (Hit the ____). RENO (First female U.S. attorney general) quickly fixed the first one and SAFFRON (Most expensive spice in the world by weight) the second, luckily.

The theme today of changing an "air" sound to an "or" was fairly amusing. For the first one, RENAISSANCEFOUR (Leonardo, Michelangelo, Donatello and Raphael?), I first tried "fare" at the end, thinking it might be a spelling/homonym thing. I wonder now if they were trying to trick us with a Teenage Mutant Ninja Turtles thing. Weren't those their names? Anyway, MUSICALCHORES (Polishing the chandelier in "The Phantom of the Opera" and laundering uniforms in "Hamilton"?) set me straight on the first one, and the theme actually helped me to figure out the third one - NOTIMETOSPORE (Result of a poorly planned Invasion of the Body Snatchers?). I'm not really sure what that clue or answer actually means, though. Maybe it's been too long since I saw the movie. I remember the bodies in those big plant-like things, but I don't remember much about the role of spores.

I don't remember much about the movie The Bad News Bears either, but I did remember the name and that's all I needed for THEBADNEWSBORES ("I'm tired of all this negative media coverage"?).

In non-theme, I very much enjoyed TANTAMOUNT (Equivalent), OSIRIS (God depicted wearing ostrich feathers), and SPARSE (Meager) (I tried "scAnty" here), and the good trivia in "Name that derives from the Hebrew word for 'earth'" (ADAM). Some might quibble with entries like USERS, ACR, and possibly ANTRUM, but I think the good outweighs the bad by a good margin today.

p.s. I looked for an "OHIO" image of John Madden circling the confluence of the Monongahela and the Allegheny on Sunday Night Football, but I came up empty. Anybody else remember that magical TV moment?

Posted by Horace Fawley at 7:47 AM