Well, dear Readers, I'm going to do something today that I've never done before: I'm reviewing the puzzle before completing it. Whaaa??? I know. Here's the thing. I'm completely stuck in the mid-west section. There are a couple of names in that area, along with a couple of tricky clues I haven't figured out yet. I've looked at it a bunch of times, but I'm still coming up blank. When it's not my turn to do the review and I get stuck, I just put the puzzle aside for a while. On review days in the past, I've either FWOE'd out, or looked up the answer. That all changes today. :) Of course, looking at the puzzle on the app while it's still incomplete is going to destroy my solve time, but que so what so what, as I believe the saying goes. YOLO.

Quite a few tricky non-QMC's in the grid today - "Building with many drafts," for one. This was tough for me because I've never heard of a BEERBAR, per se - although, I'd probably like it there. I've never heard of an ANGELPIE, either, but thanks to "'Heavenly'" in the clue, I was able to guess that one. "Got clean" (8A) was another good clue. It could refer to using drugs, or, as it turned out, using a little soap and water instead (BATHED). "Runs" for BLEEDS was similarly ambiguous. Also tricky, for this solver, was "Model's makeup, often" (BALSA). I was stuck on the lipstick meaning of makeup for a time.

One of the few answers I was able to drop right in on my first pass was for "Brand whose famous slogan contains a double negative" (SARALEE). That's kicking it old school. I have that answer and ALBERTA to thank for my entry into that corner. The same goes for LEANER and ELENA for the northeast corner.

And speaking of corners, one feature of the grid that was brought home to me again and again during the solve was the separateness of the sections. I'd  complete one section, then realize it didn't give me any purchase in the next. 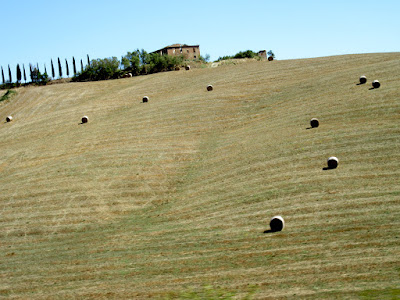 While there was lots of stuff I didn't know throughout the puzzle, the real trouble occurred where Bob RAE ("Canadian ambassador to the U.N.") and jazz trumpeter THAD Jones joined forces with two tricky QMCs, and the confusing (to me) "'Vice' principal?" While I did finally get DICKCHENEY, but I can't figure out why the clue referred specifically to him. Maybe I don't know enough about him.

Some of today's QMC's didn't do it for me, including the aforementioned Mr. Cheney. But I did enjoy "Ones who might use oils in a pan?" - once I figured it out (ARTCRITICS) and "Offer you might have less interest in, for short?" (REFI).

I'm going to declare my new approach a complete success. As you guessed - being puzzle solvers on the alert for this kind of thing - in the course of writing the review, I managed to tie up the last LOOSEEND and solve the rest of the puzzle. I ended up with at 39:18. With that time, you couldn't exactly say I ACED it, but I don't RIND. Now that it's done, I can ELATE.