Boy, it's been a while since a Saturday felt this hard. We started strong, getting the daring 1A: Genre for Django Reinhardt (GYPSYJAZZ) right off the bat, and then much of that NW corner soon after, but over in the NE, EPCOT (10A: Spaceship Earth setting) was, I think, the last thing in. And we've been on Spaceship Earth! That's the one that I usually think of as "The Land of Tomorrow," right? Oh well, it's a great clue no matter how dense I am, or what the ride actually is. And there was more great stuff all over the place in this one. 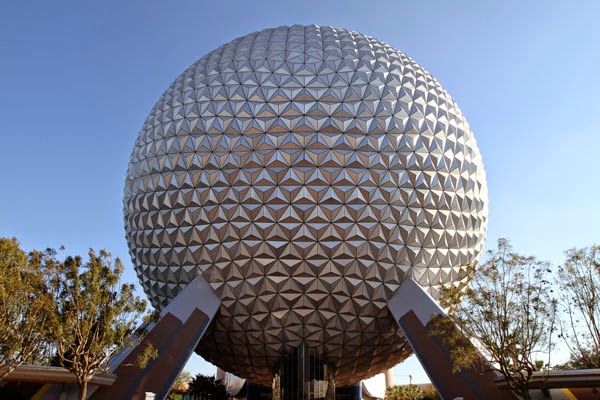 Loved that whole NW, with NOTYOUTOO (15A: "Has the whole world gone mad?!"), YOHEAVEHO (2D: Cry that helps people pull together) (beautiful), PTARMIGAN (3D: Prey for an Arctic fox) (lovely), and SYMMETRY (4D: Palindrome property). I didn't even notice YOO (5D: Start of an attention-getting cry) going in, and now that I see it, it's a little weird, but I'm going to let it slide.

One thing I won't let slide without a little fuss, however, is DIDISTUTTER (39A: Rude response to "Excuse me?"). Have you ever heard anyone say that? Is that a thing? Are we just not hanging around in rude enough circles? It took us a long while to see ULULATE (21D: Lament loudly), and for a while we wondered if it was "Did I sputter?" In fact, from there on up into the NE corner there was a large swath of white for a very long time. We are not aware of MSOLYMPIA (24A: Winner of an annual "posedown"), but Frannie guesses it's something like Mr. Universe. It also took us forever to remember poor old PLUTO (18A: Recipient of a major downgrade in 2006). I mean, now that we have everything filled in, it all looks so sensible, but man, we had a hard time up there. PLASMS (11D: Cell interiors) - not something I think of often. OTERI (13D: 1995-2000 "S.N.L." cast member) - I should have gotten that sooner. And so on, and so on.

It was solid, I think, with a few unknowns (MRBLUE (41D: 1959 #1 hit for the Fleetwoods) for example), and some decent long stuff. I'll just highlight two more items - OGLES (25D: Gives elevator eyes) because it makes the word "ogles" even creepier by using a phrase we've never heard before, and STARWIPE (37D: Tacky television transition) because it (as most things do) reminds us of The Simpsons, and the episode where Homer makes a dating video for Ned Flanders. "And 'star-wipe,' and we're done." I think Lisa, who has done all the editing work, decided to take her name off the project right after that line.

Anywhoo, it was a good, challenging Saturday. Star-wipe, and we're done.