I chuckled my way through this puzzle. Horace had run once across and down and handed it over to me, as usual on a Sunday. The first theme answer I got was WRITINWRONG (20A. Spellin' things incorrectly?) Then, I was off and runnin'. A favorite was 75D. Carryin' a load of grain? (HAULINOATS). Mr. Oates, the singer, figured in a clever clue/answer pair yesterday, if I remember correctly. 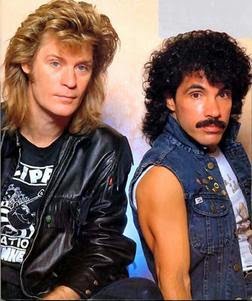 In addition to the humorous theme answers, were several other chucklers, such as 89A. Union formation? (MRS), 7D. Make a note of? (SING), and 58D. Dealbreaker? (NARC). I also enjoyed 101A. 1/4 of zero? (ZEE) and thought it might appeal to Hyguens as well, who I'm guessing also enjoyed 66D. Big goof (BONER) and 114A. Accouterment popularized by a "Seinfeld" episode (MANPURSE). [Editorial aside, Accouterment, as spelled in the puzzle is marked by the Google as a spelling error. Google appears to prefer the more Frenchified accoutrement. Hmm.]

The professional librarian in me enjoyed the related clues 88A. Bibliography listings (SOURCES) and 120A. Put in a bibliography (CITE). And, as a fan of identical clues with different answers, I very much enjoyed 46D. and 97A. Deeply impressed (AWED and GRAVEN respectively), however, today's other pair of identical clues, 74A. and 71D. Hardens, had answers that were too similar to be cool (CONGEALS and GELS respectively).

Although the clue for 11D. was cute (You can count on them), the answer was the ridiculous plural ABACI. When, oh when, will a puzzle constructor take on the challenge of fitting abacuses into a puzzle? [Editorial note: ABACI is marked as misspellt by the Google, abacuses is not so marked]. As much as I love robots, 59D. Engineering topic, being answered with ROBOTRY was on the lame side. Also, I didn't love the clue for 65A. H.S. Dropouts' documents (GEDS) because not all dropouts get GEDs. But I AGGRESS. In sum, as I completed the puzzle, I LOLLed (50A. Lie around), and also LOLed.