Frannie figured out the title, which refers (we think) to the idea of using the remote to change the channel away from commercials. In other words, to "zap" "ad"s. Does that sound right to you? Personally, we never use the term "zap" to mean change channels, or use the remote, or whatever it means, but I guess we've heard it.

So anyway, the ADs are not included in the Across answers. Well, they can be, and they make a normal phrase, but if they're removed, they fulfill the definition given in the clue. BRO[AD]MINDED for example, is a known phrase, but BROMINDED answers the clue "19A: Focused on one's fellow fraternity members?" in an amusing way. Some are not so funny, like IRISHBALL[AD] (24A: Dublin dance?), but I guess more are funny than are not so.

It took us a while to finish this, and we ended in the CLARA (10A: Pianist Schumann, early champion of Brahms) quadrant, which is a bit sad, because CLARA was the second answer I put into the grid (ADDS (1A: Interjects) was first), but it was taken out midway through, for one reason or another. Maybe because we tried "stat" for RUSH (13D: "A.S.A.P."), but whatever the reason, it was a bad one. There's a HORUS sculpture in the Isabella Stewart Gardner Museum that is pretty much my favorite piece of art in the place, but I didn't know until now that he was an 21A: Egyptian war god. I mean, I knew he was Egyptian, but war? C'mon Horus! 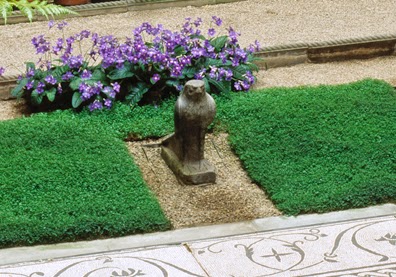 So let's see… ELUCIDATES (111A: Clarifies) is nice, and ZLOTYS (61A: Polish capital) (why oh why did I even bother with "Warsaw" in there?) reminds me of when Frannie's sister and her college boyfriend were traveling in Eastern Europe, because I remember the boyfriend saying it was always good to have a lot of zlotys on your person in case the public stalls were out of toilet paper. I guess the exchange rate was favorable back then.

I liked the symmetrical snark at 69D: Major annoyances (ROYALPAINS) and 16D: "Well, fine" (BELIKETHAT). Didn't know EDESSA (95D: Ancient Macedonian capital), or TONYMARTIN (72D: Singer whose "I Get Ideas" was on the charts for 30 weeks), and probably a few other things, but overall this seemed like a pretty good Sunday.