When I started this last night, after a day spent writing a paper and a night of drinking, I lasted about three minutes. I couldn't figure out the theme, and nothing would come to me. This morning, with my shot of expresso, the theme was immediately obvious and everything went in easily. Funny how things change, eh? Is it all due to the beverage?

Everybody loves JOEDIMAGGIO (62A: American athlete born 11/25/1914), right? Especially those who never saw him play and who grew up with Simon & Garfunkel. Even Red Sox fans. Right? ... anyway, that's the theme. He was called the YANKEE/CLIPPER, and he hit in FIFTYSIXGAMES. I won't say that everyone knows that, but a lot of people do, and for those people, this puzzle most likely went right along. 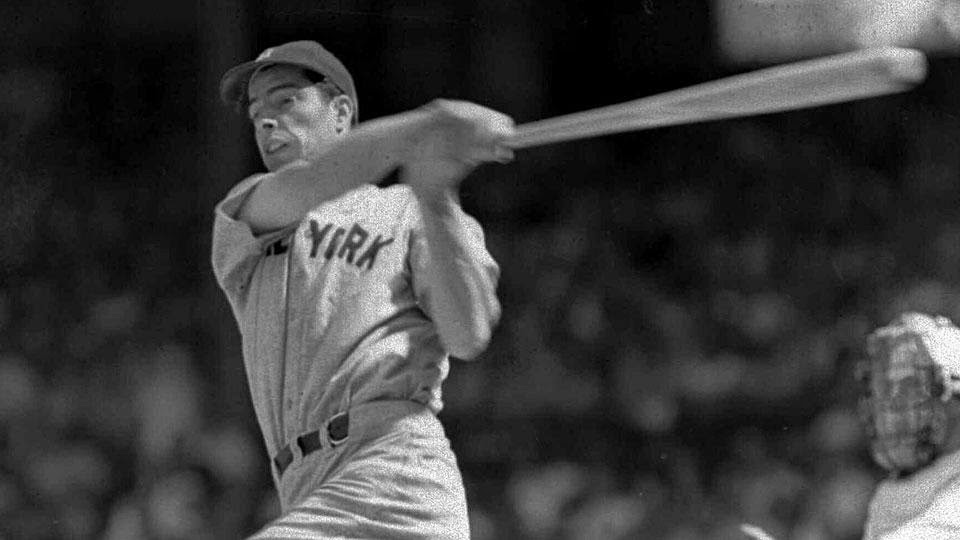 As is often the case, it seems, I like several of the downs today. ACETIC (2D: ____ acid) reminds me of being in the darkroom, SONATA (3D: Hyundai model with a musical name) and MOTET (71A: Sacred choral composition) are a nice pair, SPIGOT (59D: Faucet) is an underused and underappreciated word, and the NE and SW are filled with nice, long, answers.

There's a lot of fill, so, sure, there's some dreck, but it's a good Tuesday.