Surprise, it's Horace! Colum is a busy man, and when he gets busy it can be a matter of life and death, so I'm filling in for the Thursday review. Sadly, however, I didn't particularly love this SPILLTHEB/EANS theme. It seems somewhat random in its placement, which wouldn't be so bad if it were just rebuses or something, but when answers turn a corner, I like to see it happen in a regular way, like every time there's a black square above and to the right, or in every corner. And speaking of corners, the NW was completely blank for me until the very end, and part of the reason is that I kept trying to think of a kind of steak that ended with the name of a bean... no dice. 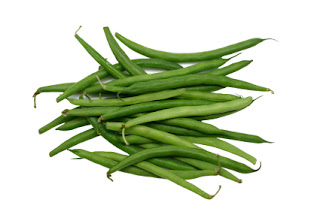 And let's talk about that NW corner. PARLEY (14A: Effort to resolve a dispute), ALSOP (4D: Old newspaper columnist Joseph), ERIC (3D: ____ Church, country singer with the #1 hits "Drink in My Hand" and "Springsteen"), and those very odd clues for SECONDS (20A: Not starter-level), TARE (2D: Weigh station factor), and SYNDROME (6D: Doctor's diagnosis). Sheesh! It was just not at all in my wheelhouse. Still, I think I broke in when I gave up and put STEAKS in.

And in other places we were given such gimmes as KASPAROV (18A: 1996-97 Deep Blue opponent) and PORTFOLIO (24A: Group of investments), both of which I enjoyed, and I also liked HERETIC (60A: Galileo, for one), MYSELF (9D: Yours truly), OBSCENE (42A: Bleep-worthy), and PINGPONG (64A: Game whose name is derived from its sound). But then there's ORACH (26D: Leafy plant also called mountain spinach) (really?), OVA, UVA, ALAR, EOLITH... DOS was saved by its clue "52A: First of two columns in a fashion magazine."

Well, I don't know, it's not all bad, but it just didn't do it for me. Probably Colum would have given a kinder review.