Everything was going along swimmingly, until the box popped up to say I hadn't completed the puzzle correctly. It was only when I cast my eye over my answers that I realized that I'd put HELLOdollY instead of HELLOKITTY. Apparently "Lerra" was acceptable to my thoughtless eye, and "L-tops" didn't ring a false bell. I was set on the wrong foot by entering STjUdE for 32D: Acts of the Apostles writer, by tradition (STLUKE). Even when I corrected the J by entering LAWFIRM... well, anyway, I missed enough that I'll call it a DNF.

I like the theme here, with hidden NORSEGODS. It's well done, with each god crossing the split between the words of the theme answers. Tyr is likely the least well known here, especially with Thor, Odin, and Loki all well represented in the recent Marvel movies. I was thinking the theme might be a little bit more risque when I had PANTYRAID and TRUTHORDARE as my first two entered.

For the most part, the fill is pretty good too. I don't like the ongoing proliferation of proper names such as BIONDI, SHANI (two Olympic athletes) and the strange REYS. For me, Curious George is by H.A. Rey. Turns out his wife was equally responsible, but her name didn't show up until later. Still the odd plural is jarring. 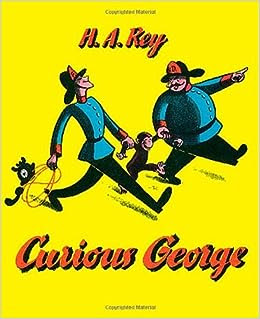 Maybe I'm biased, but SOUSA and KOJAK don't bother me as much as the above names. TELLMAMA feels a little recherche, but Etta James is awesome, so I don't mind. HORRIBLE and ENVOGUE are two nice entries. 63A: Hit bottom? (SPANK) is top notch.

Our 1A: Platform for a drum set (RISER) is a boring collection of 1-point Scrabble tiles. Very middle of the road, so a solid C+. 46D: Setting for Capote's "In Cold Blood" (KANSAS) is a nice chunky answer with a good clue. I'll give it an B+.

As I look at the grid, I'm suddenly noticing a lot of not so nice 3-letter answers, particularly in the middle N and middle S. Eh, I enjoyed the solve enough. I'm overlooking them.