Welcome to September! Or as the NYT reminded me today, the 76th anniversary of the start of World War II.

So, I promised a theme this month, and here it is. I'm calling it Alpha and Omega: I'll be spending a little time each day discussing the relative merits of the first across and last down clue-answer pairs. The former is actually important in my eyes: it can put a certain cast over the whole puzzle, positive or negative. The latter is only there so my theme can make sense.

But first, we have a truly odd bird of a puzzle today. I had no sense of the theme until I was all done, and realized it was a vowel progression of sorts, namely S_NE, where each successive theme clue puts in the long vowel in order from A to U. Only, here, see, the specific vowel is not in the answer, although the sound is. Well, sometimes it's not there, and sometimes it's the correct sound.

Par exemple, 17A: Locale of the Île de la Cité (RIVERSEINE) does not have the A in the answer. On the other hand, I'd deny that the vowel sound is in fact a long A. It's more of a short E. But them 25A: Highway investigation site (CRASHSCENE) has the E in the answer, but it's definitely a long E. Anyway, maybe I'm being too harsh on the idea of having the vowel present, but I am unhappy about the first answer. Also, CUTANDSEWN is just some words thrown together (although it actually Googles all right).

Definitely a tough puzzle for a Tuesday. There are more than a few proper names like REINA, IAN, ENID, FALA, ATTICA and EAMES that are on the tricky side. I do like me an Eames chair, though. There are also really tricky clues like 11D: Hot to trot, e.g. (RHYME) and 10A: Music and dance, for two (ARTS). On that last one, I was stuck on "duet" or some variant thereof. 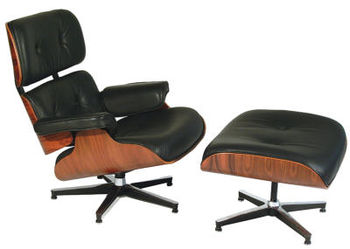 I love EGREGIOUS, SOVIETERA, and it's a nice bit of trivia and a sly dig on ENGLAND. And I guess I might be a NERD for the times I get 100% on Sporcle quizzes.

So, the theme. 1A: Buddy of "The Beverly Hillbillies" (EBSEN), referring to the actor who played Jed Clampett on the immortal series I have never in my life ever watched. So, did I get it? Yes, it was my last answer, crossing the S of SOVIETERA. It's common enough that I should have gotten it sooner, but frankly, I don't want a proper name as my first entry into the puzzle. I give this one a C.

The other half is 55D: Title word before "You," "U" or "Yesterday" in hit songs (ONLY). I got this answer primarily through the crosses. It's a reasonable clue, and better than an outright partial. I'll give it a B+.